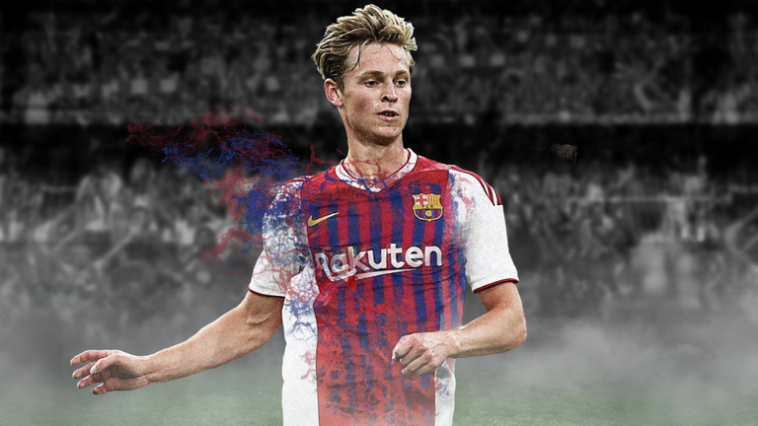 Dutch Football players have always been among the most coveted football stars in world football. They are well known for their flair and love for the beautiful game. It is no wonder that clubs throughout Europe have spent big bucks on Dutch players.

WTFoot has done some intense research and we are now going to present to you the 10 most Expensive Dutch players in history. It will be no surprise that Frenkie ranks in the top 10 but is he the most expensive ever? Lets find out!

We kick off our list with striker Klaas-Jan Huntelaar. He was the deadliest striker in the Dutch eredivisie for several years before some of the biggest teams in Europe became interested. During his tenure at AFC Ajax he netted 76 goals in 92 matches and that eventually made Real Madrid buy the striker.

He was not hugely succesful at the Spanish giants, although the Hunter did manage to score 8 goals in 20 La Liga matches. He ended up playing only one season in Madrid as AC Milan bought the striker the year after he got transfered.

Sneijder had been the absolute king of the Eredivisie for a few years and it was very obvious that he was due for a big transfer around the time the 2007 transfer window opened. Although he initially stated that he would not leave Ajax he eventually did just that after Real Madrid became interested.

He and Ajax simply could not refuse the offer that Real Madrid made. They paid 27 Million Euro for the midfielder and they saw Sneijder as an intrigal part of their teams midfield for the upcoming years.

Sneijders first year was a definite success but injuries and increased (upcoming) competition on the midfield eventually made him leave the club. President Perez had stated that he wanted to buy several big-name players in the 2009 transfer-window, including Cristiano Ronaldo, Kaka and more. Sneijder choose to leave.

He went to Internazionale to play for star manager Jose Mourinho in Italy in 2009 and he had his most succesful season of his career during the 2009-2010 season. He ended up winning the Champions League in 2010 (at the Bernabeu), what a sweet success that must have been for the talented midfielder.

Perhaps the least well-known name on this list: Davy Klaassen. He was an important player at Ajax for several years. He won the Dutch league 3 consecutive times (2012, 2013, 2014) and he also was a runner up at the UEFA Europa League of 2016.

Everton became very interested in acquiring the services of the versatile midfielder and they endend up paying an enormous amount of money in what ended up being one of the worst transfers in the history of the English club. They paid Ajax 28,5 million euro which is why Davy is on this list of most expensive Dutch players ever.

His tenure at Everton can be described as very dissapointing at best. He played a bunch of games in the beginning of the season but he did not have any impact on the team whatsoever. To many this came as a surprise as he was the best player in the Eredivisie by far.

After having played only a handful of games he went to play for Werder Bremen a year after he got transfered to Everton. Needless to say: he will not really be missed in Liverpool.

RVP was well on his way to becoming an absolute legend at Arsenal but the lack of inspiration from the board and the lack of opportunities at winning major trophies eventually made him look elsewhere.

He played for 8 years at Arsenal and he was their best player for several years. He loved playing for legendary manager Arsene Wenger. But in 2012 he made the move to Manchester United for 30,5 million euro. It proved to be an absolute bargain as RVP helped The Red Devils become champions of England almost by himself. He scored some of the most beautiful goals of the season and he was the focal point of the offense.

He did not stay at Man. United for too long though as his aching body began to give up on him. In 2015 he went to Fenerbahçe, in Turkey.

Another Dutch striker that played in the Premier League and for The Red Devils. Van the Man was an absolute beast in the Dutch Eredivisie. He played for several Dutch teams but he really became a target of the international top clubs at PSV Eindhoven.

In the South of the Netherlands he scored almost a goal per game in 90 games and that is why United wanted to acquire his services. After having suffered a series of brutal injuries he eventually made the move to England for a whoppping 30,5 million euro in 2001.

After 5 succesful years he and manager Alex Ferguson started to become increasingly annoyed with each other. Fergie wanted to bring in fresh players and though van Nistelrooy was nearing the end of his prime.

This tension made him look elsewhere and he ended up signing with Real Madrid. In Spain he won La Liga twice and he also won the Pichichi Trophy, for scoring the most goals in a season (2006-2007).

Oh Memphis, one of the most controversial Dutch players of all time. This kid has been an ‘enfant terrible’ ever since he started playing football. Just ask any of his former coaches, for example at PSV, and they will all tell you that Depay needs a little more attention than normal.

There was never any discussion about his talents though, which was undeniable from a very young age. Just ask Wim Kieft for example, who has worked with the youngster for several years at the PSV youth-academy.

Memphis has his breakthrough moment at the 2014 FIFA World Cup in Brazil where he and Holland surprisingly ended up in 3rd place. Memphis played an important role on the team and was among the best young players at the tournament.

A lot of clubs were interested but he was not transfered in 2014. He played one more year at PSV Eindhoven, became champion of the league and thus he felt it was finally time to make the move to a bigger club.

The manager of Manchester United in 2015 was Louis van Gaal, the same coach that Memphis worked so succesfully with at the 2014 World Cup. It was a foregone conclusion that the youngster would go to the Red Devils. The English club paid a fee of 34 million euro in 2015 and Memphis was a Mancunian.

Unfortunately he dissapointed massively at Man. United. He scored just 2 goals in the league. He struggled to cope with the intense matches in the Premier League and he left the club after only 1.5 years, Lyon picked him up.

He has somewhat ressurected himself in France. Especially during the 2017-2018 season he was very succesful, not only on the pitch but also off it. Just look at one of his latest productions after he had reached the pinnacle of Social Media: 5 Million Followers. Memphis is quite versatile. Follow him right here.

Many people have forgotten about the fact that Arjen Robben has played for 2 other European giants before joining Bayern Munich. The winger is among the best Dutch players to ever play and might have just been the second best Dutch player ever after Johan Cruyff had he not been injured so many times in his career.

This unfortunately is something that is a recurring theme in his career: injuries. It is also one of the factors that played into the fact that he wanted out of Chelsea. The fysical type of play of the Premier League just did not suit Arjen’s qualities and as a result he was bought by Real Madrid for 36 million euro in 2007.

He played in Spain for two seasons and scored 13 goals in 65 matches. He was their most dangerous attacking player in a team that featured a lot of Dutch players, including van Nistelrooy, Sneijder, van der Vaart and Royston Drenthe.

In the summer of 2009 Real Madrid contracted several big names and Robben knew his time in Spain was over. He joined Bayern Munich in 2009 and he became an absolute legend at the club. His absolute highlight being scoring the winning goal in the Champions League final in 2013.

For this transfer we have to go way back. Nowadays Marc Overmars is wearing a suit and talks to the biggest clubs in Europe about selling and buying players. He is currently the director of football at AFC Ajax.

But as most of you know he was once one of the best players in Europe and definitely one of the quickest! In the year 2000 he was at the peak of his powers and FC Barcelona contracted the winger from Arsenal for a whopping 40 million euro.

The way Overmars made this transfer known to the public? He posted it on his own website! A very unusual move, especially considering the internet was still in its infancy-stage in the year 2000. About 250.000 people visited his website at that day, which according to Overmars “showcased the potential of the internet”.

Even at that time he was already an enterpreneur, a business-man and that is definitely showing in his work today. Marc Overmars, a true legend!

Here we are, Frenkie de Jong. He is, for now, the second most expensive Dutch player in history. But his transfer, given his age and the fact that he is being transfered from the Dutch Eredivisie, is absolutely the most spectacular Dutch transfer ever.

Frenkie had his breakthrough-year in 2018, in which he basically led the ressurection of the Dutch national team with several very strong efforts against France and Germany. He also played a couple of very good games for AFC Ajax in the Champions League. Combine this with the fact that all experts have been saying for a few years that Frenkie is the future of Dutch football and you have a recipe for basically all big European clubs being interested in his services.

After several months of negotiations with practically every big team in Europe, including Manchester City and PSG, he finally signed with FC Barcelona for a staggering 75 million euro fee. He is going to give Barça a lot of creativity in the midfield. His style perfectly fits that of Barcelona and he is said to have Barça DNA in his veins.

As for the compensation for his efforts, lets just say that he is in good hands at Barcelona. They pay the highest salaries in Europe by far and Frenkie is reportedly getting paid a whopping amount of cash every month.

His impact on the defense of Liverpool has been very significant. He managed to reach the UEFA Champions League final after having played at the Reds for only a few months and he is widely regarded as one of the best defender of the Premier League.

Interestingly enough he never played for one of the traditional Dutch topclubs (Ajax, PSV and Feyenoord). He played for Willem 2 and FC Groningen before moving to Scotland to play for Celtic.

He eventually went to the Premier League when Dutch manager Ronald Koeman (who is now also his coach at the Dutch national team) contracted the player when he was the manager of Southampton. He played at Southampton for 2 years before Liverpool wanted to improve their defense. They have done just that!

Be sure to check out his WTFoot Wiki as well. You can find it over here. 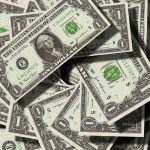 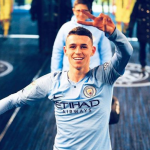