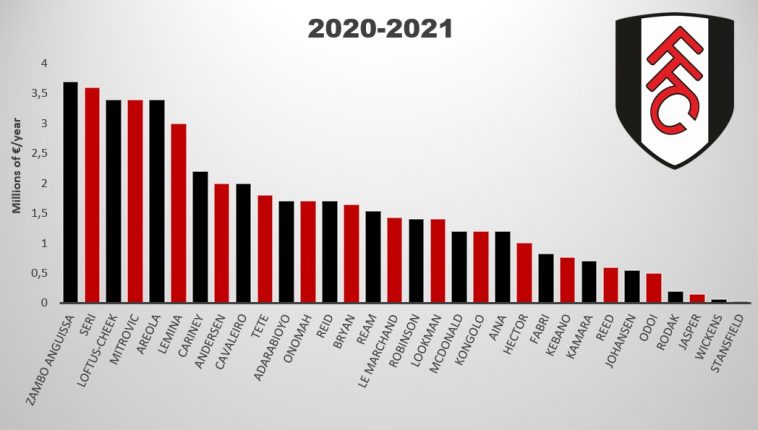 Fulham pays its players a whopping total of 50.0 million euro’s per year!

Yes you read that right, Fulham has to pay 1,6 euros per SECOND to its players.

Since you’ve been viewing this page, Fulham has spent the following on salaries…

By the way, the average salary per player is 1,6 million euro’s per player year.

Fulham – Salaries compared to the rest of the Premier League

The salaries are sky-high all over the Premier League. But how does Fulham fare against its competitors and against the rest of the league?

The average yearly salary expenses in the Premier League are about 85  million euro.

The man with the most beautiful name of the Premier League is also the man who earns the most of all the Fulham players. His name? André-Frank Zambo Anguissa.

He earns 3,7 million euro per year! That is almost 100 times more than Jay Stansfield, the lowest paid player in the squad. André-Frank accounts for roughly for 7% of the club’s total salary expenses.

The midfielder from Cameroon makes a stunning 720€ per hour and we even calculated his wage per second. Hold on: he earns 20 cents per SECOND.

Do you want to know a little bit more about tthis central midfielder, please have a look at his wiki and get to know him for real!

Jay Stansfield earns a very modest €30.000 euro. Per year. He is the lowest paid player at the club, and quite possibly in the Premier League. He is only 16 years old now though, and we are almost certain that his big payday is around the corner. 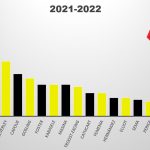 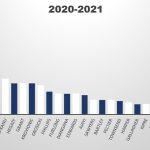