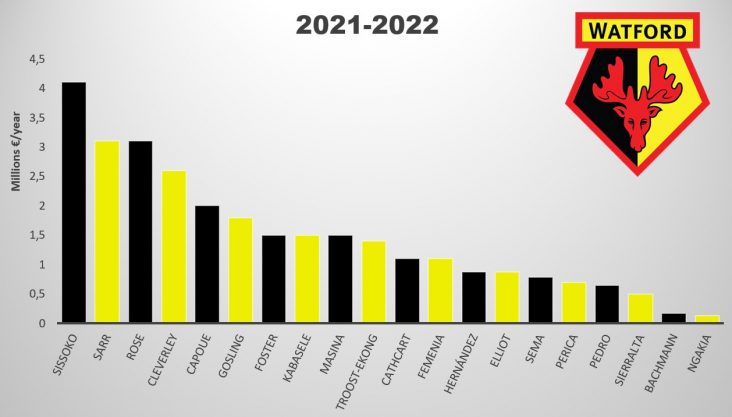 Watford pays its players a whopping total of 24 million euro’s per year!

Watford – Salaries compared to the rest of the Premier League

Watford obviously isn’t known for their Cash Spending Habits. Or at least not that much. Looking at the graph underneath we can conclude that they are somewhat below average in terms of spending money on salaries.

The average yearly salary expenses in the Premier League are about 73 million euro. As you can see Watford is below that average.

The player that earns the most of all Watford players is Moussa Sissoko. The French sensation is currently earning roughly 4 Million Euro’s per year, by far the most of the squad. He alone accounts for about 10% of Watford’s entire spendings on salaries.

Should you want to deep dive into the life of this French star then please have a look at his wiki and get to know him for real!

That would be Jeremy Ngakia. This lad is not so fortunate, to say the least. He only earns a mere 130.000 euro’s per year and that is roughly 30 times less than Sissoko. Poor lad. Let’s hope he can develop himself into a steady player so he can start getting a better contract.

0.3% of the entire salary expenses. You gotta pump those numbers up, Ngakia, those are rookie numbers in this racket. 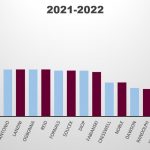 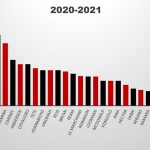