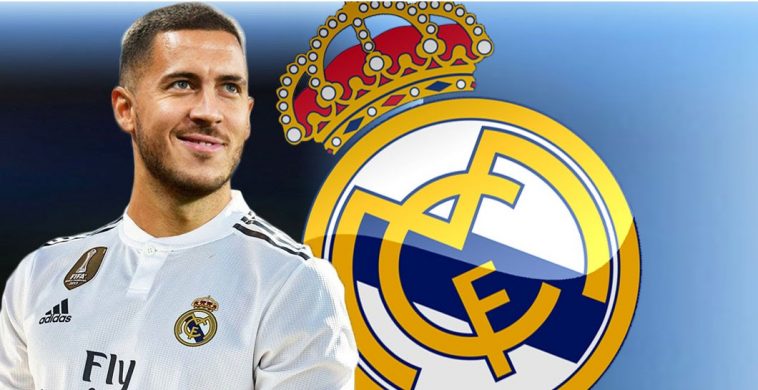 The 2018-2019 season is coming to an end soon rather than later and some of Europe’s giants have had disappointing seasons. We are looking at the likes of Real Madrid, Bayern Munich and Paris St. Germain for example. They have all announced that they are going to invest heavily in the upcoming transfer window.

What are our predictions for the 10 biggest transfer in the upcoming transfer window.

This young lad is probably the best defender in Europe at his age. He has had several great seasons with Ajax now and he is ready to make the move to a big European club. Interested teams are going to have to spend a lot of money if they want to attract the defender.

FC Barcelona are the frontrunners in this show. They have a close relationship with Ajax, they have already signed Frenkie de Jong (a good friend of Matthijs) and they are in desperate need of a strong defender that knows how to play football. Matthijs is their guy and the transfer seems to only be a matter of time.

If you want to know all about the life of this young star? Have a look at the wiki of Matthijs de Ligt.

Icardi has been in a conflict with Internazionale for a very long time now. Or should we say that his wife, Wanda Nara, has actually been the one that has done the conflicting? Wanda is not only the wife but also the agent of Maurito and she has demanded a higher salary for the striker for a long time.

As a result Intern has decided that, for now, they will not give the Argentinian a new contract and so chances are increasingly high that he is going to make a move to another club. A club that does want to pay him a massive salary.

Real Madrid might just be that team. They have not always been too happy with the performance of their main man up front: Karim Benzema. It might very well happen that Karim leaves the club in the summer and that would mean that Mauro Icardi’s wish could come true.

One thing is for sure: Real have been struggling to get goals this season and Icardi is pretty much a guarantee for a boatload of goals.

Alexis might just be one of the happiest and of the unhappiest guys in the Premier League all at the same time. He is the highest paid player in the league, yet he rarely plays a game for the Mancunians.

And when he does, he is not exactly very successful. Everything seems to point in the way of a transfer. PSG have had success in picking up stars from the Premier League. Just think about Angel di Maria and David Luiz. Could Alexis be next in line? He would have to compete with the likes of Neymar, Cavani and Mbappe for a spot in the starting 11, but he would certainly be more than capable of doing so.

As always, WTFoot has got you covered and we have made a beautiful wiki of Alexis Sanchez. Enjoy!

Man. City are desperately looking for a complimentary piece or a replacement for Fernandinho. The Brazilian has been a very important part in City’s successful years under manager Guardiola. Pep initially wanted to sign Frenkie de Jong, but he got bought by his former team FC Barcelona.

As such, the Citizens are on the market for a central midfielder and Ndombele might just be their man.

The Frenchman had a great season at Olympique Lyon, is a regular part of the French World Champion Squad and he is ready for the next step in his career.

Nicolas Pepe is probably the hottest, new, young player in the Ligue 1 right now. It is highly likely that someone is going to pay big money to take him away from Lille in the upcoming summer transfer window.

Bayern are looking for depth, speed and goal scoring ability after Arjen Robben announced that he is going to look for another club in the summer. Nicolas might just be the guy that would help put Bayern back in the dominating position they are so used to being in, both domestically as well as internationally.

Fekir has been the star at Olympique Lyonnais for a long time now. The Frenchman is an outstanding playmaker who uses his left foot to score goals and create opportunities for teammates almost at will.

Chelsea is almost certainly going to lose Eden Hazard and with that a great chunk of their creativity. Nabil could be one of the driving forces in a new Chelsea, a Chelsea that is going to have to renovate their team a bit in order to compete for the league title in the upcoming season.

A small note though: Chelsea could just be banned from buying players in the upcoming window. Nothing is set in stone on that though, so we will keep following the news on this subject.

Gareth Bale’s time at Real Madrid is a rather weird one. On one side he was never fully accepted by the fans and he never seemed to be too happy himself either. He still doesn’t speak Spanish, he is not really loved by his teammates and he has pretty much failed at filling the shoes of Cristiano Ronaldo as the new star of Real Madrid after the Portuguese winger left the club.

At the same time he was won 4 Champions League’s with Real Madrid, scoring in multiple finals games and showing flashes of brilliance all along.

A return to the Premier League seems most likely, especially because we expect that Manchester United will sell Alexis Sanchez who is not happy at the club.

Manchester United have been having several disappointing seasons in a row now and a big factor in that spell has been the absence of a sturdy centre back. Koulibaly might just be the one they are looking for.

United have not been shying away from spending massive amounts of money on players in the last years, just think about the transfers of Pogba, Romelu Lukaku or the huge salary of Alexis Sanchez. They have however not yet spend major money on a defensive certainty. Eric Bailly is a great center back but he needs help.

The Senegalese defender is currently playing at Napoli and is having a stellar season. Could he be the one that is going to get Man. United’s defence to the next level.

Golden Ball winner Luka Modric was very close to a transfer to Internazionale in the summer of 2018. The playmaker is going to be 34 this year and Real Madrid are looking to replace the Croatian midfielder sooner rather than later.

The player that is most suited for the vacancy that Modric would leave behind is Christian Eriksen. The Danish star has been one of the best midfielders of the Premier League for a long time now. His ability to control the midfield is something that would really flourish in the Spanish La Liga competition, that is well known for its emphasis on technical ability rather than brute force.

We have obviously dug into the life of the Danish playmaker. Have a look at the wiki of Christian Eriksen.

Ever since the King of the Bernabeu, Cristiano Ronaldo, left the stage in Madrid the giants have been looking for a replacement on the wing. Vinicius Junior is definitely a great talent but he is still too young to take over the role as the star of the club. For that role Real Madrid want to contract Eden Hazard.

It has been Eden’s wish to leave Chelsea for a while now. Last summer he stated that he wanted to leave but he decided to stay after several interested teams were not interested in paying up.

Now enter Real Madrid, the winners of 4 of the last 5 Champions Leagues were knocked out by Ajax in the round of 16 and they are looking for that star. Eden Hazard is world-class and this transfer is perhaps the worst kept secret in the footballing world.

If you want to know all about the life of the winger we advise you to look at the wiki of Eden Hazard. 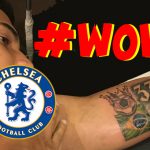 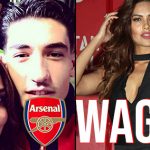