This Spaniard was born on the 15th of November 1997 in New York, the United States, and she has put the pretty back in the women’s game. Whilst we know what we wrote, do not for a second think that this woman is just a pretty face. She’s a fierce competitor who has been doing her rounds since 2012 when she played the very first events of her ITF career in Spain.

Coached by Jorge Garcia, this young lady turned pro in 2015. She set the court ablaze by going on to round 3 at the Miami Open that year. The next few years were underwhelming by her standards, and there are a few reasons for that. However, the fighter that she is, this young lady came back even stronger and made her Grand Slam debut in 2019 at the Australian Open. Although her best-ever result at the Slams is a quarter-final exit at the French Open, she knows that she has time on her side to win a major at least once in her life. It is closer than you can imagine. Do you not believe us? Just check out this woman’s YoY performances, and you’ll be convinced.

Dear men who have been looking at Paula’s picture for hours on end, please stop. This young lady has a fellow, and his name is Juan Betancourt. He is a model who has worked with GQ Espana, GQ Brazil, and Elle Man Vietnam. He’s also acted in films such as The Laws of Thermodynamics, Desalia, la película, and Toy Boy. This young man is Cuban, and he’s right up there with some of the most good-looking men on the planet. You’ve got no chance, lads.

Who is Paula Badosa currently dating?

The young lady made her relationship public sometime back, but she has been seeing him since 2021. Paula has even expressed her desire to marry the man. He’s the one she’s currently dating, and you really have got no chance.

Josep Badosa and Mireia Gibert are the parents of our tennis star. Both of them worked in fashion, and since they made a near-perfect specimen on the first try, they decided to try their luck one more time.

Their second-born is a girl too, and her name is Monica. They did it one last time to have another girl named Jana. This young woman isn’t married and doesn’t have any kids as of now.

Paula is coached by Jorge García and enjoys a win rate of about 64.9%. This young woman has already made over $4.7 million in prize money. She’s eager to perform better, which means that she’s going to win a ton more. Her current net worth is estimated to be about $4 million.

How much does Paula Badosa earn per year?

Nike and Wilson are the brands that endorse our tennis star. Although she’s worked in fashion, she’s picky when it comes to working with companies. She could be earning close to $500,000 from her sponsors alone. 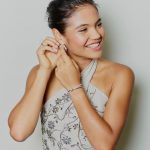 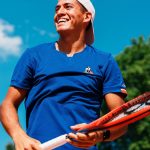