Misha is a professional tennis player from the land of the Joker. He was born on the 31st of August 1999 in Belgrade, Serbia. Coached by Miro Hrvatin and David Nalbandian, this Serb began playing tennis when he was six years old with his grandad. Misha’s commitment to the sport saw him perform consistently well as a junior. He won the prestigious Orange Bowl International Tennis Championships in 2015, and a year later, the young man became the world’s number one junior player.

A year from then, in 2017, he turned pro. By fall that year, he won his first ATP Challenger title – the 2017 China International Suzhou tournament. At the same time, this Serb was making regular appearances across tournaments all over the world. It helped him gain the necessary exposure, which enabled him to perform to the best of his abilities. Reaching the second round of Wimbledon in 2019 gave his confidence an added boost. In 2020, he applied everything he had ever learned to win his first ATP title – the Austrian Open Kitzbühel in September 2020. Although he has reached the fourth round of the Australian Open in 2022, he has a long way to go before he can even dream of winning the Slams.

Misha is with a stunning woman named Katarina Drazic. She’s got Serbian roots too. This young couple has been going out for a while now. Katarina is a student and enjoys spending time with her boyfriend. She’s currently based in Chicago and can be seen spending time with our man.

Who is Miomir Kecmanovic currently dating?

Serbian girls do not pick men who have got a tendency to cheat on them. If they get the slightest hint that you can’t be trusted, they’ll leave you. Misha knows this better than anyone else. He’s got eyes for Katarina and is dating her currently. We don’t think he’d dare to see anyone else whilst with her.

This Serbian player’s parents are Dragutin and Maja Pavlov. It is not clear if he has any siblings at all. But we do know that both his parents are doctors. Another important family member in his life happens to be his aunt Tanja. She was the one who accommodated him in her life and helped him settle down when he moved to the US to train at the IMG Academy. This young man is not married, and he does not have any kids.

This Serbian is nowhere near the level he wants to be at. He’s good but not good enough. Misha’s current win rate is at 51.9%, and he has just one title to his name. This young man has made over $3.5 million in prize money from playing tennis. We evaluate his net worth to be about $3 million, at least.

How much does Miomir Kecmanovic earn per year?

The man from Serbia works with Nike and Dunlop. They’re his primary sponsors. There’s little information about the other brands that endorse him. It is estimated that he makes about $250,000 a year from his brands. 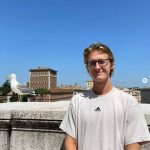 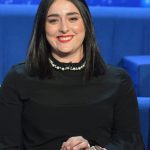