Born on the eleventh of May 1995, in Turin, Italy, this Right-handed player did not begin playing the sport until he was eleven years old. Thanks to his dad’s encouragement, the youngster took up the racquet and entrusted Gipo Arbino with the job of teaching him the good stuff. Gipo didn’t disappoint, and thanks to the player’s quick understanding, he got good at the sport. After an Okish junior career, he made his debut on the ATP Tour at the Italian Open in 2016. In a little over a year, he won the 2017 Sparkassen ATP Challenger. Although his Grand Slam career began with a banging win over Robin Haase at the 2018 Australian Open, he hasn’t managed to get past the third round down under. His best-ever performance in the Slams is fourth-round exits at the French Open (2020) and Wimbledon (2021). This Italian has retained Gipo as his coach throughout the years. Whilst we’re not sure if he can improve our player’s skills any more than he already has, it is also a question of if our player has fully imbibed everything his coach taught him. And if he has, has he replicated it when it matters?


Our Italian is one lucky man. His girlfriend is a natural beauty named Alice Petruccioli. Judging by her last name, we think that she’s Italian too. Our player met his beau whilst he was in Miami. This was way back in 2019. Alice was studying there, and he was in America for a tournament. They began dating soon after. The young lady began visiting him whenever she had the time, and they were always hanging out during the off-season. Now that they’ve been together for a while, it must be noted that he’s thinking about her seriously.

Who is Lorenzo Sonego currently dating?

Alice is the woman in our player’s life for now. She’s the one he wants to be with and take out on dates. Our young man seems serious about this lady, and we’d like to wish him the best.

This young man’s parents are Giorgio and Federica. He also has a sister named Francesca. Giorgio was his very first coach, and our player is forever thankful to his dad for hooking him up with the sport he loves. He makes time for his family and never misses an opportunity to be with them. Our player doesn’t have any kids of his own but will be hoping to in the future.

The 6’3″ player’s win percentage is under 50%. This is unacceptable. Both to him and to us. We know that he’s capable of doing a lot more on the court. He just needs to focus on what’s important and cut the rest out. He’s made almost $3 million from tennis. His estimated net worth is about $2 million.

How much does Lorenzo Sonego earn per year?

Capri Watch, Aceto Varvello, Valmora Acqua Minerale, Wilson, Mizuno, and Pulsee are his sponsors. It is estimated that he makes about $500,000 from them. 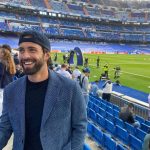 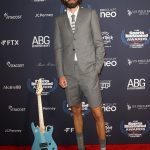