This player was born in Haskovo, Bulgaria, on May 16, 1991. At the age of three, he received a tennis racquet from his mother, and by the age of five, he was playing every day. His father was his coach in his early years. Upon deciding to take the sport seriously, this young man trained at the Sanchez-Casal academy and followed it up by going to Patrick Mouratoglou’s Tennis Academy. Thanks to his training, he began his professional career when he was just 16 years old. What was a dream to many Bulgarian athletes had become real for this youngster. A winner of the Junior Wimbledon and US Open tournaments, he played his first ATP level match at the Ordina Open in 2008. His first ATP match win and Grand Slam debut came a year later. Although he had shown promise, this Bulgarian never lived up to the expectations. People wonder why some athletes just fade away into oblivion. There’s never a straightforward answer to that question. In his case, though, there’s still time to salvage something. Will he do it after all these years? Will Baby Fed live up to his potential? Whatever’s left of it, of course.


This Bulgarian has been in several high profile relationships in the past. Maria Sharapova and Nicole Scherzinger were two of his past flames. His lackadaisical attitude to relationships meant that neither one lasted long enough. He has learnt his lesson, though. This young man’s current girlfriend is a Russian named Lolita Osmanova. It appears like he’s asked her the question. The big one, of course. She said yes and has achieved partner status as of writing.

Who is Grigor Dimitrov currently dating?

Whilst we’re not sure how they met, we know that he has been seeing her after he broke up with Nicole in 2020. Lolita is the woman in his life, and he’ll be hoping to take this relationship to the final level soon.

His parents are Dimitar and Maria. This young man’s dad is a tennis coach whilst his mum used to play volleyball. From what we know, he’s an only child. Despite him being in several relationships, including high profile ones, he doesn’t have any kids.

As someone who has been compared to Roger Federer, time and again, this players best ever results in the Slams has been reaching the semis of the Australian Open, Wimbledon, and the US Open.

His career win percentage is a respectable 60.1%, and he has earned over $21.2 million in his career so far. Combined with the earnings he has made from his sponsors, we estimate his net worth to be about $19 million, approximately.

How much does Grigor Dimitrov earn per year?

This gentleman has been endorsed by Nike, Wilson, Rolex, Vitamin Well, and Häagen-Dazs. Thanks to his deals, he enjoys a promising return every year and all the ice cream he could ever want. This has to be one of the sweetest deals in sports history. He makes close to $1 million a year from his deals. 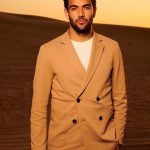 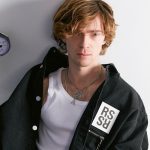