Sascha was born on April 20, 1997, in Hamburg, Germany. Tennis is in his blood, and he was destined to become a tennis player from the get-go. He started as a toddler and grew up in an environment that had tennis as its focal point. Sascha, who was extremely competitive even as a kid, began focusing solely on tennis when he was about twelve years old. Coached primarily by his mum, he began to understand work ethic when his father took over. The youngster was taught to be more aggressive and quick on the court. He played his first match as a junior when he was thirteen and even won the Australian Open in 2014. It can be safely said that Sascha’s professional career began at that point in time. This young German, who is yet to win a Grand Slam, has risen meteorically over the years. He reached his best-ever ranking in 2017, and whilst that is commendable, he will be hoping to dominate and win a few Grand Slams very soon.


The daughter of Simone Thomalla, Sophia, is the woman in his life now. Sophia was born on October 6, 1989, in East Berlin. She is a successful actress, model, and TV presenter. This young lady was married once before meeting Sascha. It has been reported that they met through a mutual friend in 2021.

Who is Alexander Zverev currently dating?

Sascha got out of a bad breakup and wasn’t keen on dating very soon. However, Sophia changed his mind, and they’ve been seeing each other since. The two of them appear regularly on each other’s Insta and spend quality time together despite leading busy lives.

Irina Zvereva and Alexander Mikhailovich Zverev, both former professional tennis players, are the parents of our star. Mischa, his older brother, also plays on the ATP tour. This youngster’s parents are from the Soviet era.

They instilled a sense of discipline in him from a very young age. That’s why he has managed to be successful. His dad’s still involved in coaching our young man. Our player has a daughter named Mayla with an ex-girlfriend called Brenda.

Sport works in mysterious ways, and this young man is a prime example of that. He has won nineteen career titles as of writing and isn’t going to stop anytime soon. Sascha has already won over $31.7 million in prize money too. He even enjoys a 69.2% win rate over his opponents. This young man is clearly going to go places. We estimate his current net worth to be about $30 million, approximately.

How much does Alexander Zverev earn per year?

Sascha has sponsorship deals with Rolex, Z Zegna, Adidas, Head, Richard Mille, and Peugeot. It has been reported that this young man makes close to a million dollars a year from the companies that endorse him. 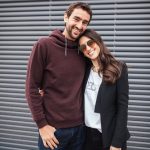 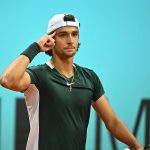