While some footballers entered the sport, already bulky and built, others had to work hard to beef up! While the body transformation of Cristiano Ronaldo is known to everyone in the world, some unsung footballers underwent a breath-taking transformation and took the world by storm. Read on to know 10 of the perseverant footballers who transformed their bodies flawlessly!

The journey of this Juventus star from a scrawny boy at Sporting CP to a six-packed player at Real Madrid is something we’re all too familiar with. However, this physical glory didn’t come to the Portuguese forward overnight. It was the result of relentless days at the gym and a strict eating regime that made him gain enough calories to develop him into the beauty that we witness in Turin today!

Marcus Rashford made his professional debut for Manchester United at the mere age of 19, but quickly made it clear that he is here to stay, However, with a smoothed-out abdomen, the forward quickly realized that he needs to develop his physique. The youngster made some rapid changes and now the boy does not shy away from taking his shirt off in front of the camera.

Bayern Munich hit the goldmine when they signed German National Robert Lewandowski. But many people don’t know that before this man became a goal-scoring machine, he did not have the carved-out front as he does now. It was the collaborative effort of his nutritionist wife Anna and him that the forward is now able to flaunt his toned abs.

Leon Goretzka showed off his extraordinary body transformation by lifting the Champions League trophy. Leon, almost from one day to another, looked in an incredible shape. Wow. It’s clear that the midfielder put a lot of work in his body during the COVID-19 lockdown period of 2021. During that period he posted a variety of workout photos to his Insta, which gave his fans an insight into how he became so shredded.

Sergio Ramos underwent quite a transformation from his days as a young defender at Sevilla. Not only did the Real Madrid star cut off his long hair, but also did some work on his body, which he boastfully flaunts on his gram quite often now. The secret to his exquisite transformation lies in rigorous routine exercises and some light cardio work at the end of the day.

Haaland’s body transformation truly changed his career! While he was playing at Molde in his native Norway, he was viewed as ‘nothing special’ by the press and even by teammates. Maybe he could reach the top of Norway. That was until Erling got severly injured and was out of business for some time. Furing that period he underwent a quite incredible physical transformation. He surprised everybody and evolved into a muscular footballing machine. Currently he is banging in goals in the Champions League.

While Romelu Lukaku did not reach the expectations of Manchester United fans and took his leave for Italy, he has now proven himself invaluable to Inter Milan. The reason? A complete revamp of the striker’s diet! The Belgian forward is said to have an unfitting diet with the red devils. However, at Milan, he has adopted a new diet and conditioning program which made him lose substantial weight

Hulk made a full-blown use of the lockdown and worked on his hulky, we mean, bulky body. The outcome of the planned diet and rigorous workout was made evident when the footballer took the news of his transformation to Instagram. The bodybuilder continues to flaunt his newly chiseled abs on social media at every opportunity he gets!

While Adama Traore refuses to admit that it was bodybuilding that transformed his body and claims it be his genes, we know the reality of the matter. Whether or not the Wolves winger admits to having worked hard, we’re going to give him the due credit for the same nonetheless!

Akinfenwa has been living up to his nickname “the beast”. With a beastly diet and workout plan, it comes as no surprise that the footballer is considered to be one of the strongest men in football. His favorite food has been revealed to be chicken and now we know where this man gets his strength from! 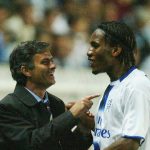 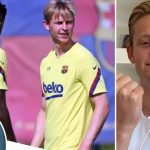