Every Arsenal fan has heard of this businessman. They loved him once, but Silent Stan is not the hero he once was. Born on July 29th, 1947, in Columbia, Missouri, USA, this investor had an avid interest in numbers and businesses from an early age. He embarked on a career as a businessman after receiving a master’s degree in business administration from the University of Missouri. Kroenke turned down a paid fellowship for a doctorate at the University of Missouri one year later and began working for a retail developer named Raul Walters. Raul had built some of Wal-Mart’s stores. In 1979, Walters partnered with Kroenke, and they developed 20 retail malls across the Midwest. He just didn’t get this opportunity by chance.

Wal-Mart remained one of Kroenke’s most important clients throughout this period. In fact, they still do. Stan even joined its board of directors in 1995 and stayed on until 2000.As a sports fan, it was quite natural that Stan was going to be making his entry into sports. He bought the Nuggets in 2000, and by 2010, he was the full owner of the St. Louis Rams. A year later, Silent Stan became the majority owner of the Gunners. Although his American teams have won him laurels, Arsenal is yet to win him a major trophy. It’s like a thorn in his flesh and he’d want to sort that out as soon as possible. Stan, who entered the sports team ownership business in 1994, has been in the game for too long and knows that his patience will pay off. It always does.

Ann-Walton is the woman who changed Stanley Kroenke’s life for the better. He met the Wal-Mart heiress Ann whilst vacationing in Aspen in 1969, wooed her, and they married in 1974. Ann’s parents saw the potential in Stan and didn’t mind their daughter marrying him.

Who is Stan Kroenke currently dating?

As someone who has steered clear of controversies, Stan has had an extremely convenient marriage. He is too smart to ruin the one thing that has worked extremely well for him over the years. We think that this is a life lesson for all of us.

Evelyn and Alvin Kroenke are the parents of our billionaire investor. His dad used to run a hardware store in Mora, Missouri, and Stan used to work for his father whilst he was just a kid. The youngster’s love for numbers and business was evident to his dad even back then. Stan’s parents allowed him to pursue his dreams, and he became something that they couldn’t even dream of. Whitney Ann Kroenke and Josh Kroenke are his kids. We know that he has one other kid too. However, their info is unknown. Stan is one of four children. He has kept info about his siblings private, though.

The real estate mogul has an estimated net worth of about $12.5 billion. He made a major share of that money from his real estate deals. Sports team ownerships have contributed to his wealth a bit too.

How much does Stan Kroenke earn per year?

Arguably, sports’ biggest mogul, this man has a recurring income from being a real estate guy. He doesn’t have to do much to manage his portfolio now. The beginnings are always the hardest. Things just fall into place after that. 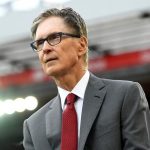 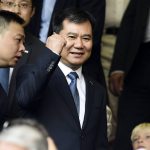