When you think of Chinese eCommerce giants, you’re probably wondering about Alibaba. But have you ever heard of Suning.com? It is one of the country’s biggest non-government appliance retailers and e-commerce companies, and Zhang Jindong is the man behind it. He is the founder and currently the second largest shareholder of the company. As the owner of the Suning Holdings Group, this man has amassed a ton of wealth which has led him to foray into sports team ownership. Born in March 1963 in Tianchang, Anhui, China, this man attended Nanjing Normal University before embarking on his business career.

Zhang Jindong worked in a cloth factory from 1985 to 1989 before founding a shop in Ninghai Road, Nanjing, selling air conditioning and other products. He developed his business into a major one and founded a group company within fifteen years. In addition to Suning Holdings Group, 65% of Suning Real Estate and 48.1% of Suning Appliance Group are controlled by him. This Chinese billionaire is also a major shareholder of Serie A club Inter Milan. He acquired the club on the 6th of June 2016. Although they’ve won the Serie A once since then (2020-21), this billionaire would ideally want to see them win a lot more.

Zhang Jindong has kept most of his personal life private, and it is quite understandable. We know that Mr Jindong is currently married. There have been no leaks whatsoever about his wife or their date of marriage. This gentleman is very reserved, but we know that he enjoys the company of his wife when he’s not out there making his billions.

Who is Zhang Jindong currently dating?

As far as we know, Zhang is a monogamous man. There hasn’t been one single report of him straying or doing something he shouldn’t be. He’s happily married to his wife and leads a quiet family life.

There isn’t any information available about his parents. However, we do know that he has an older sibling named Zhang Guiping. We’ve learnt that Guiping is also one of China’s richest businesspeople. Mr Jindong started his first business with his brother. However, the older sibling moved on to focus on real estate soon. Mt Jindong has a son who plays a significant part in his company. He goes by the name of Zhang Kangyang, also known as Steven Zhang, and is a member of the board of Inter Milan.

Zhang Jindong is one of China’s richest businessmen, with an estimated net worth of $8.1 billion. This self-made billionaire made most of his fortune from selling appliances. He also knew that real estate in China would make him even richer, and that’s what happened.

How much does Zhang Jindong earn per year?

As someone who is the owner of the Suning Holdings Group, this young man saw an annual revenue of about US$104.45 billion approximately in 2020. This means his net income on any given year exceeds a billion dollars a year, even if used the most conservative estimates. 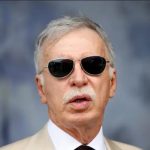 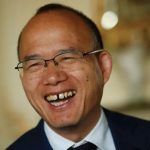