“Manners maketh a man and boots maketh a footballer.” The fact is that this statement used to be a hyperbole back in the day, but not anymore. Boots are more than an accessory now. You can no longer cut it with just your skills. You’ll need the best of the best if you’re to taste success.

Enhanced abilities thanks to the humble boot

Football boots have metamorphosized into the ultimate need for any footballer. The science involved behind the making of boots is phenomenal, and players understand this more than anyone else.

Give me what I want!

Bootmakers have begun to take in inputs from the pros and cater to their needs to the best of their abilities. That’s why whenever a brand like Adidas or Nike decided to bring an athlete on board, the first assurance that they give is the promise of the best. Money comes in much later in this equation.

Although the sum is not the deciding factor, it does play a massive part. Companies are stringent with their monies which is why they analyze the marketability of a player before they hand them a big deal. When everything is said and done, the details that come out focus just on the dollars.

So, in this post, we’re going to take a look at the ten biggest shoe deals in modern football.

Mo Salah is number ten on this list. The Liverpool star reportedly earns 3.5 million dollars a year from his endorsement deal with Adidas. He has a big fan following in Africa and the Arab world, and the German company got it right with their strategy.

When Marco Verratti switched to Nike from Puma in 2017, we thought he was making the right decision. This Pescaresi wears the Hypervenom Phantom III’s and makes the same amount of money as Salah. Not a bad deal at all.

Paul Pogba – The Pog is a Predator

Wearing the Adidas Predator boots, Paul Pogba makes a little over $4 million a year from his shoe deal. As someone who doesn’t shy away from the spotlight, he’s the perfect brand ambassador for any company that likes to make a loud statement.

RELATED:Epic Fails: 8 Footballers Who Are Notorious For Their Fashion Sense

Antoine has been sponsored by Puma for a very long time now. The French forward makes $4.8 million a year from the German company. This expensive footballer feels comfortable wearing Puma and won’t be moving from them anytime soon.

Gareth Bale – Golfing can make you a lot of money

And Gareth Bale knew it from the beginning. Making a little over 5.5 million dollars a year for playing football (or not), the Welshman is signed with Adidas. The Germans are still scratching their heads to come out of this whole situation.

Mario Balotelli – Hit or a Miss?

When Puma signed Mario Balotelli from Nike in 2014, they were hoping to cash in on all the publicity that he was getting. Unfortunately, the $6.9 million a year they have been spending hasn’t yielded the results they were hoping for.

$19.3 million a year belongs to Kylian Mbappé as long as he plays in a top league. Signed with Nike, whom we think don’t understand what a top league is, the French man is a very marketable player whose legend could be cemented if he actually makes a move to better surroundings.

RELATED:The 10 Best Young Players That Are Going To Replace The Stars Of Today

Cristiano Ronaldo might be at the fag end of his career, but he still rakes in over 20 million dollars a year from Nike. Having signed a lifetime deal with the Americans, he would have made just over a billion dollars by the time he’s done and dusted.

Lionel Messi – He doesn’t Mess around

When it comes to money, Lionel Messi knows how to get things done. He’s another athlete who has signed a lifetime deal, but with Adidas. Making nearly $25 million a year, he even has his own range of boots and merch with them.

And the number one spot on this list goes to none other than Neymar. Puma made our heads spin when they offered a deal worth over $31 million a year to the Brazilian. It makes the deal the largest individual sponsorship in the history of sports. 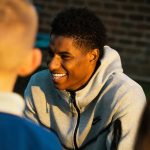 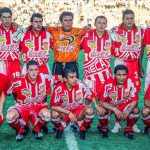