Is it the dreaded international break for you fans of club football? Or is it even worse, no footy on the tele? Well, here’s the next best thing to keep you lads and lassies occupied — 10 of the very best football films to hit the silver screen. It is lights, camera, kick-off!

Based on David Peace’s best selling novel of the same name, The Damned United, was adapted for the screen by writer Peter Morgan and director by Tom Hooper. It is the story of legendary English manager Brian Clough — who is masterfully portrayed by Michael Sheen — and chronicles his disastrous 44 day spell as the manger of Leeds United.

One of the most popular football films of all time, Goal! follows the rise of Mexican footballer Santiago Muñez, as he moves to England for a trial with Premier League club Newcastle United. Muñez serves as a vessel for the life of a footballer, as the film deals with his success and hardships. From breaking into the first-team, to facing animosity from competitive teammates; Muñez’s internal demons come to the fore when he tries to hide his battle with asthma from the club doctor Roz Harmison — who serves as a potential love interest — for fear of losing his place in the team.

A classic! Released in 2001, this is fantasy football at its finest. A fun mashup of kung-fu and football, the film is about a former Shaolin monk (Sing) who tries to promote the spiritual benefit of martial arts in modern society but fails in all his many attempts. As fate would have it he meets a former football star (Hung) — now a limp — who offers to coach him in football, so that Sing can use it as a platform to spread his message to the masses.

The film that helped inspire a generation of female footballers. Written, produced and directed by Gurinder Chadha, Bend It Like Beckham is a light hearted comedy that centres around Jesminder “Jess” Bharma, an 18-year daughter of a  British-Indian-Sikh family. Having grown up in London, Jess aspires to be a professional footballer like her idol, England superstar, David Beckham, but her traditional parents forbids her to play football because of her sex, and wants her to marry and settle down like her elder sister.

Starring Sylvester Stallone, Michael Caine, and real-life footballers: Pelé, Osvaldo Ardiles, and Bobby Moore, the 1981 film — Escape to Victory — is the story of prisoners of war from the Allied Forces, held captive inside a German camp during World War 2, who agree to play a match against the German team, but secretly plot to flee during the events of the game.

Life gets complicated, when you love one woman, and worship eleven men. Fever Pitch stars Oscar winner Colin Firth as Paul Ashworth, a teacher who is obsessed with Arsenal Football Club. Set during the 1988/89 Football League First Division season, the film tries bring to life the highs and lows experienced by a football fan as his team, The Gunners, competes in a fiercely contested title race that goes down to the last game of the season.

7. The Game of Their Lives

Gerard Butler, Wes Bentley, and Jay Rodan stars in the 2005 film, which depicts the story of massive underdogs — United States of America’s mens national team — overcoming a heavily favoured England, 1-0, in the preliminary rounds of the 1950 FIFA World Cup held in Brazil. The plot revolves around the backgrounds of the 11 men that made up the USA team, exploring their upbringing, and the driving force behind their lives.

RELATED:Footballers On A Mission To Help: The 10 Most Philanthropic Football Players

With no punches pulled, Green Street Hooligans attempts to portray football hooliganism in the United Kingdom. Matt Buckner (Elijah Wood) plays an American journalism student, who, after being wrongly expelled from his university, visits his sister in London. There he falls in with Pete Dunham (Charlie Hunnam), a violent West Ham United fan. Pete takes Matt to a football game, where he experiences first-hand the animosity and hatred that exist between fans of rival clubs, and the carnage following games that isn’t covered by mainstream television.

Written and directed by Jeff Zimbalist and Michael Zimbalist, Pelé: Birth of a Legend looks at the upbringing of Brazilian legend Pelé, and his journey as a teenager to be part of Brazil’s national team, and ultimately proving the inspiration through ‘Joga Bonito’ that propels the Seleção to glory in the 1958 FIFA World Cup.

Based on the tragic tale of the “Busby Babes,” Manchester United’s title winning team from the mid-late fifties which was involved in the Munich air disaster of 1958 that took the life of 23 people including 8 first-team players. The story deals with the aftermath of the tragedy, and is primarily told through footballer Bobby Charlton, struggling to come to terms with the reality of horrific event, and coach Jimmy Murphy, who attempts to rebuild the team in absence of hospitalized manager Matt Busby. 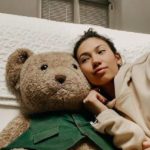 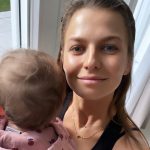