“Football is a game of deception” — Diego Maradona

Written and directed by Asif Kapadia the documentary centres around the time the Argentine icon arrives from one of the most wealthiest clubs in Spain — FC Barcelona — to the poorest town in Italy, Naples. Watch the highs and lows, as Maradona inspires S.S.C. Napoli to their first-ever Serie A title, to his downward spiral with drug addition and fame. This is a beautifully woven, tragic tale of one of football’s most celebrated figures.

9. Sunderland ’Til I Die

The turbulence of owning, managing, and supporting Sunderland Football Club. It has been described as  “televisions best show about failure,” as the city’s shipbuilding and mining industry falls by the wayside, this soap-opera of a documentary picks up following The Black Cats relegation to the second-tier of English football. Watch the struggle of the club’s hierarchy as economic burdens hangs like a guillotine over the club, leading to a revolving door of managers, players, and even owners! The show puts great emphasis on the club’s passionate working-class supporters. Their sorrow and frustration manifest through the screen, as the hopes, dreams and promises of the people of Sunderland are crushed and trampled on again and again.

8. Bobby Robson: More Than A Manager

“The surgeon said I’ve got some grave news for you, you’ve a malignant melanoma inside your head. People with this don’t go back to work.” Those were the words Robson’s doctor used to describe his failing health. Sir Bobby’s next move? To become manager of FC Barcelona. Directed by Gabriel Clarke and co-written by Clarke and Torquil Jones, this film explores the life and times of the most successful English manager of all time, Sir Bobby Robson. The documentary chronicles his early days — a first managerial appointment at Ipswich Town — to becoming manager of England in 1982, and ending his career with boyhood club Newcastle United. Watch tributes pour in from the players he inspired — the likes of Ronaldo, Gary Linekar, Pep Guardiola, an emotional Paul Gascoigne — to his loving family members. Sir Bobby Robson inspired devotion in everyone he met, he was indeed more than a manager.

RELATED:The 10 Worst, Weirdest & Ugliest Kits In The History Of Football

7. All or Nothing: Manchester City

A peak inside Pep Guardiola’s second season at Manchester City. Sir Ben Kingsley provides the narration as The Citizens take us on an unprecedented ride, breaking record after record en route to the most successful domestic season in the history of English football. An impassioned Guardiola makes for great viewing, the Spaniard is widely regarded as the best in the world for his tactical nounce, but his motivational speeches are the star the show.

6. All or Nothing: Tottenham Hotspur

Narrated by Tom Hardy and starring José Mourinho. the series provides an inside look at 2019/20 season of Premier League club Tottenham Hotspur. The unravelling of Mauricio Pochettinos’s time at White Hart Lane is followed by the arrival of the unlikeliest of new bosses, José Mourinho. Mourinho was made for the box office; witness his wit and charm, as the Portuguese genius alone provides great value for money for anyone looking to delve into this 9-part amazon docuseries.

Andrés was the team captain; Pablo ruled the criminal underworld. This is a tale of drugs, politics, and sports inextricably intertwined. The film explores how Colombian football was used as a platform to launder money by the drugs lords of the 90s. It draws attention on the Colombian national team at the time of the 1994 FIFA World Cup held in America. A team which comes out of decades of obscurity in an attempt to carve out a new, positive image for their country, which, in reality is internally plagued by warring drug-cartels, amidst a world-highest murder rate.

The story of French footballer Nicolas Anelka. The brilliant but equally short-fused forward played for 12 different clubs over the span of his career, Anelka is often labelled as a ‘mercenary’ for a lack of loyalty towards his team. “I was a footballer. I wasn’t there to have fun,” is Nico’s answers for his naysayers. The Netflix documentary also focuses on the highly controversial incident that took during the 2010 FIFA World Cup that saw his expulsion from the France national team, initiated a player walk-out, and ended with coach Raymond Domenech handing in his resignation as the Les Bleu crashed out of the group stages.

“It was not if Pelé made the difference, Pelé was the difference.” The 2020 documentary from director Ben Nicholas and David Tryhorn sets Pelé’s story against the political turmoil in Brazil, how one (great) man had the burden of carrying the hopes and dreams of an entire nation on his shoulder, as his every kick of the football was another step in building the legacy and identity of 20th century Brazil. In Pelé’s own words, “the biggest gift you receive in victory isn’t the trophy, it is relief.”

Go behind the scenes and see what makes Juventus a winning machine. The Turin club is the most decorated club in Italian football and has won the Scudetto a record 36-times, including 9 in the last 10 years. “Victory might a burden for some, but for us, it is an obsession,” echoes club captain Giorgio Chiellini. Legendary midfielder Claudio Marchisio’s sentiments that in Juventus you learn to become a man before becoming a football player also showcases the philosophy of the club. But in spite of all the domestic success, Europe’s premier club competition, the UEFA Champions League still eludes The Old Lady. Will Juventus be able lay claim to the holy grail?

Jordi Lompart provides a comprehensive story of the history FC Barcelona from its inception by Swiss athlete Joan Gamper, to the clubs rise and fall in the 1920s following Franco’s dictatorship in Spain. We get to see the clubs rejuvenation in the 1950s courtesy of the mythical Kubala; the beginning of the famous El Clásico rivalry surrounding the controversial transfer of Alfredo Di Stéfano. The modern era kickstarts with the arrival of Johan  Cruyff, a man of unequivocal importance, first as a player, and then — instilling the philosophy of total football in Barça’s DNA — as a manager. The story closes with Pep Guardiola taking the great Dutchman’s methods further, going on to dominate world football with the likes of Xavi, Iniesta and Messi in the 21st century. 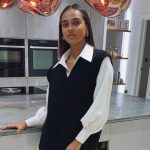 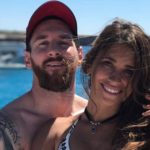