Being one of the richest athletes in the world allows you to afford the most luxurious life that money could buy, and Cristiano Ronaldo knows about it all too well. Read on to know about the evolution of the footballer’s houses through the years.

With a net worth of over $685 million, Cristiano Ronaldo becomes one of the wealthiest athletes in the world. And this footballer does not shy away from flaunting his cash. Whether it be through plush cars, jewelry, islands (yes, he owns an island), or houses, The former Real Madrid star has owned various homes during the course of his career. Read on to see all the houses this football mogul has owned to date, including his present one in Turin.

After being transferred from Sporting CP to the English club Manchester United, Cristiano Ronaldo moved from Lisbon to Manchester in 2003. The footballer, much like most of his teammates, sought to buy the 5-bedroom property in the opulent region of Alderly Edge. The neighborhood was lavish and at the same time serene enough to raise a big family. No wonder the manor tickled the fancy of the footballer. The £3 Million worth mansion had everything that the footballer would have needed to have a great time at Manchester. The home boasted an exquisite indoor pool, where the sportsman might’ve trained his body before a big game and a private theatre.

Not to mention the massive lobby, with equally enormous living and dining rooms! The modular kitchen was equipped with every device that Ronaldo would need to cook himself a nice meal after a hard day at training. In short, it was a perfect dream home. The footballer said his goodbyes to the abode when he was transferred from Manchester United to Real Madrid in 2009. But he nevertheless kept the property to his name for the next 9 years, and it was just recently that he put the mansion on the market.

Ronaldo stepped into the capital city of Spain when Real Madrid bought the player from Manchester United. With a new city and club to conquer, the footballer also had to look for the new property where he and his family could reside. He again chose an ultra-expensive and ultra-lavish neighborhood, La Finca. La Finca harbored some of the wealthiest people in the city, and now one of them was the rising footballing star, Cristiano Ronaldo. This particular house included both indoor and outdoor pools, where the footballer would relish his off-days with girlfriend Georgina and his 4 children.

The manor also featured an indoor gym, equipped with all the latest workout equipment to keep the footballer in shape even during the off-season. Ronaldo often uploaded snaps on Instagram, where he was seen working on those calves, abs, and muscles right from the comfort of his luxurious home. At the entrance of the house, there are monograms of the sportsman’s initials, that read CR. Other than his main residence, the sportsman also owned a property in Costa Del Sol, which too was nothing short of excellence. He was also overseeing the construction of his hotel in Madrid. However, now that Ronaldo has moved to Turin, the construction of the hotel is seeing much dispute.

In 2018, Cristiano Ronaldo made the shocking decision to join the Italian club Juventus and thus, moved to Turin. After conquering Premier League and La Liga, the sportsman was all set to conquer Seria A as well. But first, he needed to settle in the place. He turned to a posh villa in the heart of the city, which largely resembled the footballer’s home in Madrid. To that end, the mansion enticed Ronaldo too much! The home features all the usual amenities like an indoor gym, outdoor/indoor pool, modular kitchen, large bedrooms, bathrooms, and living room. But this one also boasted a massive play room, specifically designed to cater to the needs of toddlers. Since the footballer was raising 3 toddlers, constructing a playroom only seemed natural.

The footballer owns a spectacular house in Madeira, the region where the footballer grew up. The home overlooks a breath-taking view, which certainly tugged the heartstrings of the footballer’s girlfriend, Georgina Rodriguez. The £7 Million worth-villa consists of two Olympic-sized pools, an indoor jacuzzi, and even a mini football pitch. This is where Ronaldo Jr. frequently trains with Ronaldo Sr. The home is indeed a perfect permanent home for the super-large family of the Juventus star. 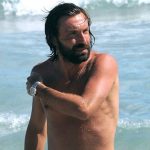 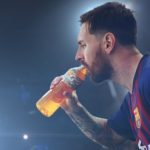