Footballers are just like us. They might have relatively bigger bank balances compared to the average Joe, but that doesn’t mean that they don’t enjoy the simpler things in life.

What could be more trivial than hooking up to a gadget to spend hours on end engaging in meaningless pursuit of objectives that have absolutely no benefit whatsoever in the real world? That’s what a bothered parent would tell you, but do not be fooled. It’s simple, and we can agree on that, but it’s also the ultimate pastime.

It comes with its own set of perks too. There are a few who say that it could improve your hand-eye coordination. Others tell us that it could even have an impact on the dopamine levels in the brain. Everyone that does it has better reflexes too. And that’s us just scratching the surface.

It has to be. Not a lot of adults get to do it. At least not like how they used to do it when they were younger. But these footballers are a bunch of lads who are living the dream. They do things that they love and do not compromise for anyone else. They don’t have to.

Here’s a bunch of everyone who is a professional footballer and plays video games for fun. They’re not going to get to the levels of a pro-gamer anytime soon, but these gentlemen do enjoy their time with their consoles. Do read along. There’s more than one surprise inclusion in this list, as well.

Who else but Neymar? Of course, he has to play video games. We are quite certain that if he hadn’t become a footballer, he’d have become a gamer.

The PSG star enjoys playing both on a console and a PC. He even has custom PCs built for him, thanks to Aorus. The forward likes to play Pro Evolution Soccer, unlike other ballers who play FIFA. He also plays Fortnite, Call of Duty, and GTA. He even admitted to enjoying playing basketball sometimes.

Antoine Griezmann, who moved to FC Barcelona from Atletico Madrid, is another player who likes to indulge in playing video games. He’s famous for his petulant goal celebrations, which irk more than one fan. If you didn’t know that his famous Take the ‘L’ celebration is from Fortnite, now you do. The French player’s preferred tool is an Xbox.

Jesse Lingard is an enthusiastic video gamer. He spends a major chunk of his spare time playing video games. It shouldn’t be surprising to know that his game of choice is FIFA. The youngster took to video games when he lost a Cup Final with Man Utd in 2018. It’s useful to know that he employs it as a form of therapy.

This young star is another player who spends a lot of time with his Play Station. Marcus Rashford is an intermediary-level e-athlete who likes to play video games for fun. He does get competitive when he gets into the groove, though.

When you think of video games and footballers, not even the last name you think of should be Andrea Pirlo. If that’s what you thought, think again. The legendary Italian is a keen gamer and has even called the PlayStation the greatest invention behind the wheel. The fact that Pirlo ignored Wine in favor of the PS tells us everything we need to know.

Fernando Torres is another player who likes to indulge in games. He took his obsession, when in Liverpool, way too far by building a custom man-cave to feed the monsters. Some say his loss of form in Chelsea could be due to him losing his sacred space.

It’s utterly important, as a professional, to sort what’s necessary to you. But David James, the former England goalkeeper, didn’t get the memo. Too much of Tekken and Tomb Raider saw him lose concentration on the pitch.

Ryan Babel is another player who didn’t have a care in the world when got benched for an entire World Cup. In 2010, as the Dutch team stormed into the finals, Ryan kept himself busy by live-streaming his game marathons. He mostly played PES.

Men can’t do two things at once. Even if they did, they’d not be nearly as good at it as the ladies. That’s why Wendell Lira, the winner of the Puskas Award in 2015, decided that he’d just focus on playing video games as a pro. He has made more money playing games than he had as a footballer.

We’re going to conclude this list here. If you were to ask us, playing video games is not as bad as a few make it sound. It’s a cool thing to do when you have done everything that needs to be done. 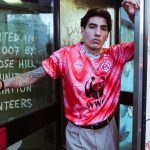 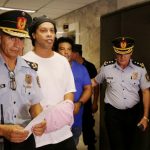