We all know that football players earn a fair share of money, but what are 9 of the most expensive houses that footballing stars live in? We found out.

Probably the most popular footballer in the world in the late 90s and early 2000s, David Beckham’s fame has never quite been matched by any other footballer. The Englishman has been all over the world, from his rise in Manchester, to the height of stardom in Spain with Real Madrid; he has also played for AC Milan in Italy and LA Galaxy in the USA, before hanging up his boots in France with Paris Saint-Germain. During his travels Golden Balls has amassed a selection of property well worth over £62 million!

Cristiano Ronaldo is an icon of the game, a five times Ballon d’Or and UEFA Champions League winner. The Portuguese legend is a juggernaut of a goalscorer; CR7 has scored wherever has played, and he’s owned some mighty fancy houses along the way!

Leo Messi might be the greatest footballer of all time, but everything else about him is astonishingly down to earth for a man of his stature. The great Argentine lives with his wife Antonella, and their kids Thiago and Mateo in their humble abode in the heart of the Catalan nation.

Brazil’s golden-boy Neymar is a rockstar. He loves to party and dance both on and off the field. It is as the Brazilian’s call it the Joga Bonito spirit. The forward surrounds himself with friends, family, and his loyal parcas, keeping them all tied up in a pleasure house(s)!

French superstar Paul Pogba sent the world into a frenzy with his big money move from Juventus to English giants Manchester United. Since then the Frenchman has blown hot and cold on the field, but his game off the field has been solid.

The Polish goal machine was voted the best player in the world in 2020 after he fired Bayern Munich to a historic treble of German Bundesliga, DFB-Pokal and the UEFA Champions League. After a season of gruelling hard work and unrivalled dedication, see where Lewa enjoys the fruits of his labour.

England and Manchester United’s record goalscorer has invested in some spectacular properties all around the globe. It looks like goals aren’t the only thing Wazza is adapt at scoring. 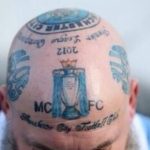 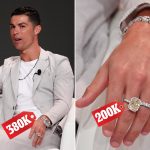