We all love a good quiz and this one is about as fun as it gets. We have selected 10 football players’ youth pictures and it is totally up to you to guess who these players are. Some might be forgiving but there are some terribly hard to guess photos in this list. Enjoy!

Once during his youthful days in Barcelona’s La Masia, he teamed up with teammate Cesc Fabregas to pick on the little kid who’d just joined the academy. The encounter didn’t turn out well for either boys as the little rascal left both his aggressors on their butts before dribbling off with the ball! Oh, the little kid in question? We’ll get to him in a bit…

The Spanish centre-back has gone on to have a glittering career that most footballers can only dream of. Piqué has won every major honour available for both club country. The defender has won the FIFA World Cup and UEFA European Championship with Spain; for FC Barcelona he has won 8 La Liga titles and 3 UEFA Champions League titles. While being the bedrock of defence on the pitch, Piqué has scored a stunner off the pitch, marrying latin pop star Shakira!

With his future as a footballer thrown into uncertainty because of a growth hormone deficiency, the boy from Rosario, Argentina, moved to Catalunya when FC Barcelona agreed to pay for his medical bills. The rest, as they say, is history. Also, if you’re still wondering, this is the kid who left Gerard Piqué and Cesc Fabregas in the dust on his first day at training!

The man for the moment, the man for history. Undoubtedly the best player of his generation the wee man is regarded by many as the greatest player ever to grace the game. Scorer of uncountable great goals, his personal favourite is perhaps the most defining, as Little Leo leapfrogged a 6’2 Rio Ferdinand to head home past a towering Edwin Van Der Sar in goal, giving Barcelona victory over Manchester United, and securing their third European Cup.

This boy from the blue half of Merseyside was hailed as England’s most gifted footballer in the last two decades, however, he’d go on to make his career in red! Any guesses?

Wazza returned to Everton in 2017 before bringing down the curtains to his time in top flight football, but by then he had accomplished all there was to accomplish in the game. 12 Major honours including multiple Premier League titles and a UEFA Champions League title, all on route to becoming Manchester United and England’s record goalscorer.

That boy from Lisbon, that very special boy!

Along with Messi, head and shoulders above any of his peers, the brilliant Portuguese is the highest ever goalscorer in the history of football. Cristiano’s list of never ending accolades include winning the league in England, Spain and Italy, and tying Paolo Maldini as a five time UEFA Champions League winner. The 5 time Ballon d’Or winner even one upped his great adversary when he took Portugal to the 2016 UEFA European Championship. A god of the game.

This rather dashing looking boy lost his virginity when he was 12! In his own words, “It was in Tropea, with a Roman girl who was 17 years old.” Now that’s what we call a player!

The quintessential one club man, Totti was married to the city of Rome, and inseparable form his boyhood club AS Roma. Real Madrid president Florentino Perez revealed he tried to lure the Italian on many occasions to the Spanish capital but it was to prove an impossible task. Totti is the most capped player and highest goalscorer in Roma’s history, and is also the second- highest scorer in Serie A with 250 goals. In 2006 the playmaker would prove Instrumental as Italy beat France to lift the FIFA World Cup.

“He’d go past one, two, three, five, six players. It was sublime. His feet spoke with the ball.” Those are the words of Jean Varraud, the coach who discovered…

What more is there to say about the elegance of Zizou? Only that his fiery temper matched his art. The talismanic midfielder won France the World Cup on home soil heading in twice against favourites Brazil in the final. 8 years later, the brilliance would be negated by his temper which saw the Frenchman sent off for a viscous headbutt which floored Italian defender Marco Materazzi in the 2006 World Cup final. Quite a cinematic end to an illustrious career.

Born in Cardiff, Wales, he idolized Manchester United and Wales legend Ryan Giggs while growing up. Little did the young man know that one day he’d go on to outstrip his hero.

Gareth Bale had humbling beginnings at Southampton as a left-back before morphing into one of the world’s most fearsome winger in Tottenham Hotspur. A world record fee move to Spanish giants Real Madrid saw the Welshman take his trophy haul to unprecedented heights winning an extraordinary 4 UEFA Champions League titles in 5 years.

The boy from Gelsenkirchen pioneered the goalkeeping position forever during the 2014 World Cup in Brazil, building the mould for the modern goalie.

Standing at 6’4 Manuel Neuer was a big part of Germany’s success in Brazil, securing the Golden Glove, as Die Mannschaft lifted the World Cup for the fourth time in 2014. He’s also been as ever present for Bayern Munich thwarting strikers and setting the standards as the FC Hollywood continues to dominate both domestic and European competitions.

This bad boy grew up ravaging the streets of Malmo, Sweden, with both his feet as well as his fists! Today, he has a football field in his name in the district of Rosengârd. Ring any bells?

Ibra played for some of the biggest club in the world in every major league. From Ajax to Juventus, from Internazionale to Barcelona, back in Italy with Milan before going off to PSG in France and now finally back again in Italy via Manchester and Los Angeles. Wherever Zlatan went, Zlatan left his mark, in more ways than one.

Following in the footsteps of past Brazilian greats this boy from Porto Alegre made countless people fall in love with the beautiful game, because no one had more fun with the ball in their feet than…

When the mesmeric Brazilian signed for Barca in 2003, the club was in turmoil, but within a couple of seasons the magician had turned all those frowns upside down! Crowned the best footballer on the planet in 2005, Ronaldinho was unstoppable in his prime, playing the game with a nonchalance not seen before or since, the field was simply his oyster. 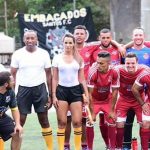 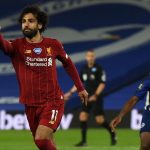