Why just watch clubs played football when you can own one? Read on to know some of the biggest celebrities in the world who have invested their wealth in football clubs.

World football is a booming business, no secrets there. Considering that football clubs earn revenues in millions, any person with enough money in their pockets would be enticed to profit from this cash cow. Well, our celebrities are no exception to this list. You’d be surprised to know that a plethora of big celebrities have staked their money on football clubs, and some have even proposed a takeover! Read on to know who these celebrities are and in which clubs they have placed their stakes.

Who would’ve taken Ryan to be an entrepreneurial type until now? But the actor has surprisingly proposed to takeover the Welsh club Wrexham. The club hasn’t been winning much of late, however, the actor seems to see potential in the club. To that end, he staked his money for the comeback of Wrexham.

Lebron James is both a fan and an investor of the Premier League giant, Liverpool. The NBA star often voices his support for the club on Twitter, and it turns out, he also benefits financially from all the club winnings! In 2018, ESPN reported that the player’s initial stake at the club was $6.5 million, now the figure has increased. We’re sure the Champions League and Premier titles Liverpool won in the past two years would’ve treated Lebron’s pocket tremendously!

Drew Carey’s passion for sports turned him into an owner of the Seattle Sounders FC, in which the Price is Right star holds major stakes. Not just that, but he is also the chairman of the Sounders FC Alliance, a member association of the club. Drew frequently extends his support to the players by attending their games!

Natalie Portman sniffed the importance of women’s football and didn’t waste any time in making her contribution to its rising popularity. She wanted to bring football to Los Angeles and allow the vehement sports fandom of the city to relish the game as well. To that end, she put her stakes in the L.A based football, Angel City! The club will begin playing sometime in 2022!

RELATED:Shocking: 10 Of The Most Bizarre Football Fan Tattoos Of All-Time

Hugh Jackman has been a supporter of the English club Norwich City for long. This pushed the star to invest his Hollywood money in the club. However, things did not turn out the way the actor hoped, and he later confessed it was a big mistake to invest in the club because of low returns. But it’s okay Hugh, we all have those days.

The Office star, Mindy Kaling stunned the world when she revealed that she would be investing in the English club Swansea City. The club already has many high-profile American investors, and the newly added name in the stakeholders list is that of Mindy! According to official reports, the actress is a part of an American consortium, within which Mindy’s ownership would be 1%.

After consolidating himself as a legendary football player, having played for some of the biggest clubs in the world, David Beckham has now turned his eye to owning a football club. The former Manchester United star has sought to become a stakeholder of the newly formed club MLS football club, Inter Miami!

Elton John has supported Watford ever since he was a kid. Naturally, this childhood passion of the singer translated into a dream to watch the club play in the top-tier leagues. This is why the artist invested substantial money into the team. We bet he would’ve been elated when the club won the FA cup final in 2019!

Lousin Tomlinson bought the football club Doncaster Rovers in the hope to take the club to the England’s top flight league Premier League. The One Direction star is willing to do all he can to promote his favorite club, even invest his money. That’s some crazy support, Louis, way to go!

Mathew McConaughey signed the co-ownership of the newly formed MLS club Austin FC. The interstellar actor is stoked to watch the club begin its journey in 2021! 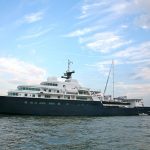 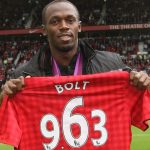