Sports fans are a bizarre bunch. They tend to support their teams with a zeal that could invoke jealousy in others. We wonder as to why they do the things that they do, especially when it could result in permanent shame.

Hilarity, when it doesn’t involve us, is a good thing. Just for the sake of amusement, we’re going to take a look at football fans who have had tattoos that went horribly wrong. They shouldn’t have done it, but they did. And now it’s there for everyone to see.

Take a look at this Man City fan’s tattoo. What was he thinking when he got that ink? The Champions League isn’t as easy to win as some of the others out there. He now lives in complete regret and is hoping that City would do him a solid soon.

Wenger is a great manager, and he did some pretty impressive things with Arsenal, including winning the double in 1998. Celebrating his greatness is a no-brainer, but why would you make him ride that mutt? It’s more comical than the state that Arsenal is in right now.

For Eever and beyond

Scouse lads can’t spell if their life depended on it. This Everton fan, or should we say Eeverton, should have consulted the dictionary before he went ahead and got a tramp stamp.

What would you do if you wanted to scare all the children in and around Manchester? Just ask this fan. He seems to have a lot of ideas going on in that bald head of his. Too many head tattoos suggest that he could be in serious need of a talking to.

The next man on our list is beyond intervention. We’ve lost all hope on this guy. He’s a Leeds United fan, in case you were wondering. He also supports England, just to be clear. We heard that players have a hard time focusing when he shows up. We would too.

Miss the target; Get it inked.

We would crawl under our beds and hesitate to ever come out if we ever missed scoring the equalizer in a World Cup match. But Chile’s Mauricio Pinilla was bold enough to get that moment immortalized on his body. That’s the spirit, lad. Football’s just a game.

The Brazilian forward, who is of course not a hollow person, was chuffed to bits when he saw this tattoo of himself on this fan’s body. The girl, yes, it’s a girl, has been rewarded for her efforts, with a permanent ban from Neymar’s social media. She is also not allowed within a one-mile radius of him.

This Seattle Sounders fan was too excited when Deuce joined his team. He decided he’d welcome the man by getting his caricature tattooed on his neck. This tattoo of Jane, we mean Clint, is truly outstanding. This is just the kind of stuff we need Americans to do. Because there isn’t enough madness on this side of the pond.

Is he a Llama?

This Liverpool fan mistook Adam Lallana for a wild beast. The English midfielder didn’t take it too kindly. He asked to be transferred immediately and is now playing for Brighton & Hove Albion, thanks to this fan.

What an absolute gent!

We’re finishing this list by revealing the oddest tattoo of them all. A loyal Everton fan, Matty Bowman, got Liverpool’s anthem inked on his back. He also made sure to honor the 96 lives that were lost in the Hillsborough disaster by getting the number on him. That’s a noble gesture, as far as we’re concerned.

Life is all about making mistakes. We’ve made plenty too. To err is human, but we’ve got to learn from them. We also need to make sure that we never repeat any of them and, for the love of God, choose better tattoos to get if we ever decide to. 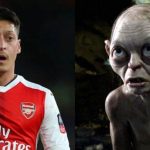 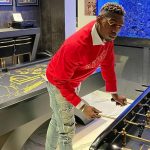