Standing at 6 ft 2 in, this professional golfer was born on August 16, 1996, in San Francisco, California, USA. The 2014 US Junior Amateur champion, this young man began playing the sport early in his life. He represented his school, the Trinity Christian Academy in Addison, Texas, to win the title. Upon graduation, he attended Wake Forest University and represented the Wake Forest Demon Deacons in college-level golf.

Although he went professional in 2018, this young man found it difficult to get past the first stage of the developmental tour (Korn Ferry Tour). 2019 turned out to be more difficult than expected. However, he secured his place after he tied for third at the LECOM Health Challenge in July that year. 2020 was one of the better years in his professional career, and this young man won his first title at the TPC Colorado Championship at Heron Lakes in the 2020-21 season.

The PGA Tour’s Rookie of the Year in 2021, this young man finished second in that year’s Masters tournament behind Hideki Matsuyama. Whilst placing second comes naturally to him, he knows that his only obstacle to winning more titles is purely mental now.

If you ladies have been thinking about trying to get yourself a handsome golfer, we’re sorry to announce that this young man is already taken. He’s engaged to be married to a beautiful lady named Caitlyn Sellers. The golfer met her whilst they were studying at university. Although they had been dating for over three years, these two didn’t get engaged until April this year.

Who is Will Zalatoris currently dating?

Why would Ms Sellers say no to a man like Will? He has proven himself on the biggest stage, and his career has been rewarding too. The woman, who works as a marketing analyst in Texas, values this relationship as much as he does. Thanks to being equally invested, these two have been quite happy so far. Why would they even think about ruining it?

Richard and Catherine Zalatoris are the parents of our golfer. Richard was in the construction business, and his work meant that their family had to emigrate to Dallas. His mum, Catherine, was an excellent track and field star at the University of Oregon. This young man is an only child to his parents and is quite spoiled too. He doesn’t have any kids outside of marriage.

This young man has just played in 51 events on the PGA Tour so far. However, he doesn’t have any wins to his name just yet. Will does have 4 second-place finishes, though. He has also been in the top ten 16 times. Having made over $9 million from the tour, we estimate his net worth to be $7.5 million, at least.

How much does Will Zalatoris earn per year?

This golfer has sponsorship deals with FootJoy, UKG, Simmons Bank, Gillette, Titleist, Omega, iCapital Network, and Unisys. Our estimates suggest that he could be making close to $2 million from them.

Unknown facts about Will Zalatoris 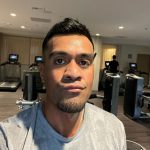 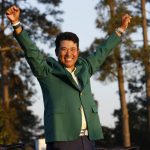