This Mexican-American was born on February 27, 1991, in McAllen, Texas, the USA. Although he spent a large chunk of his youth in Reynosa, Mexico, he knew his future was in America. He graduated from Sharyland High School in Mission, Texas, before going on to study at Odessa Junior College, where he played golf too. Transferring to the University of Oklahoma, he represented them in college-level golf. This young man decided to become a professional in 2013 and joined the Korn Ferry Tour in 2014. He won the Nova Scotia Open in 2015 whilst there. One year later, in 2016, this Mexican-American joined the PGA Tour.

Although he has been around for quite a while, this young man’s first and only win on the PGA Tour to date was the World Golf Championships-FedEx St. Jude Invitational in the 2020-21 season. Having played in the PGA Tour of Australasia, he won the 2018 Emirates Australian Open to bring his tally of professional wins to three. It has been reported that this golfer plays for LIV Golf too. The impact that this move could have on his PGA career could be devastating. He is yet to prove himself here, and he might end up never getting an opportunity.

This player remembers December 2019 quite fondly because that’s when he began dating this beautiful woman named Nicole Curtwright. She was with Porsche Cars North America back then, and the two liked each other as soon as they met. She has since become his girlfriend.

Who is Abraham Ancer currently dating?

Nicole has been on the sidelines supporting our golfer in everything he does. By the looks of it, these two could very well get on to the next stage in their lives. We don’t want to jinx anything for them, though. Let them take things as they come and see how things play out.

Mexican native Veronica Ancer is his mum, whilst Abraham Ancer Sr. was his father. Unfortunately, his dad passed away even before he made it big as a golfer. The player revealed that he would have loved to have his dad see him play the sport at the biggest events. Our research suggests that he has two sisters named Sayra and Claudia. Although he has been in a committed relationship, this young man has decided to wait until he gets married to have kids.

Although he has played in 141 events, this golfer has just one win to his name. Could it be because he is more focused on running his three companies (Flecha Azul Tequila, Black Quail Apparel, and Ombré Men) than he is on golf? Nonetheless, he has still earned over $14.8 million from the sport. Our calculations tell us that he could be worth about $12 million, at least.

How much does Abraham Ancer earn per year? 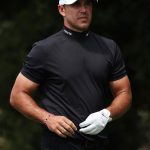 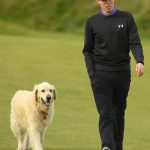