Poppy Pattinson is a left-back football player for club Everton in the FA WSL. Her youth career began when she joined the Sunderland Girls’ Academy at age eight and played with them till age 13. From 2017, she moved to Manchester City and played with the club for a year. Poppy later joined the Bristol City club and ended up at Everton in 2020. She has played for the national team of England since 2016.

Poppy Pattinson is single and does not plan on talking about her love life with the media. She likes her independence and busy lifestyle. Her social life includes her family and friends. Zero sources mention anything about her dating life because she is not concerned about making it public. Poppy wants to stay private about her potential romantic partners. As a football celebrity, fans want to know more about her personal life. However, her decision to keep her romantic life private is ultimate.

Who is Poppy Pattinson currently dating?

Poppy has never disclosed any information about her love life. She is a beautiful woman with stunning features. Poppy must have several fans swooning over her, but none of them is the right person for her. There are no records of her ex-boyfriends in the media. Perhaps, she will find the right person one day and talk about them with her fans. Poppy has given several interviews, but none of them have broached the topic of her love life.

Poppy has not revealed information about her family members. However, she is not all that stringent when it comes to talking about them either. While she has refrained from disclosing any names, Poppy has made sure to acknowledge their efforts. Without the support from her family, she would not have become a famous football player. Poppy appreciates her family for driving hours to see her football matches. Poppy’s family put in a lot of effort to take her to football training, due to which she became a famous football player.

Growing up, Poppy quickly discovered that football made her happy. She was a model student in school because she excelled in all her subjects. However, her favorite subject of all was sport. Poppy has mentioned that she does not like to sit in one place and watch series all day long. She prefers to get moving and do something that makes her feel energized and ready for the day. Due to her adventurous nature, she instantly liked football. Rachel Yankey was her football idol growing up. Due to her open attitude during school, she always looked forward to everything in her school days.

Apart from football, Poppy has a keen interest in fashion and media. Football was at the forefront of her mind growing up. However, had it not been for football, Poppy would have made a career in a media-related field. Poppy studied business in college and excelled at her course despite practicing football at the time. In the football world, her closest friends include Abigail Harrison, Esme Morgan, and Lauren James. Poppy likes a day of shopping with her girls.

Poppy grew up to become a proud English citizen. For her, the proudest moment of her career is the overall experience of representing her country. She feels happy while singing the national anthem before any football game and cherishes that she has the opportunity to play for England.

The net worth of Poppy Pattinson is $1 Million – $5 Million, thanks to her dedication to her career. However, her monthly salary is unknown to the media. Poppy Pattinson earns the majority of her sum by playing football for Everton. She also adds to her earnings by doing a few sponsorship and modeling gigs.

How much does Poppy Pattinson earn?

Despite the high net worth, Poppy Pattinson has not revealed her salary breakdown. She plays for Everton, a club that celebrates her football skills. No sources mention the amount Everton pays Patty for being their football player. Thanks to her advancing football career, her earnings might increase in the future. Poppy also earns extra money via her sponsorships. 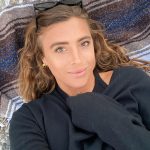 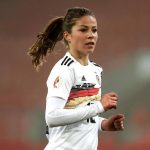