Hanna Bennison plays as the midfielder for Everton, a FA Women’s Super League team. The young player made her debut in 2018 by playing for FC Rosengård. She played with FC Rosengård till 2021 before transferring to Everton. Bennison joined the Swedish National Team in 2019 and has been a celebrated footballer since then. In 2020, Hanna was among the ten most promising young players in Europe by UEFA. In 2021, she won the NXGN Award.

Hanna Bennison does not have a boyfriend, and it looks like she is not looking for one at present. She has several friends that keep her busy apart from her football career. One look at her Instagram account will make it clear that Hanna has an active, hectic lifestyle. She can not accommodate a boyfriend in her schedule right now, due to which her dating life is not a priority.

Who is Hanna Bennison currently dating?

Hanna Bennison is not dating anyone at present because she is busy with her career. Hanna has also never mentioned any ex-boyfriends. She likes to keep the romance out of her career and spotlight. Hanna is a private person when it comes to her romantic relationships. So far, the media has not pictured her with a potential love interest. Perhaps, one day Hanna will reveal something about her love interest.

Hanna was born in Lomma, Sweden, in 2002 in a regular household. She has a normal childhood full of laughter, fun, and love. Her family loved her enthusiastic nature and willingness to try new things. Her outgoing personality helped her discover football – a sport she grew up to love.

The person who helped her excel in football was coach Anders Jeppson. He met her when she first began playing football at age five. Hanna met him through her friend, who was Anders’ daughter. He worked in her school as a coach and immediately recognized the football talent of Hanna. He coached her when she joined GIF Nike and ensured that her studies and football were well-balanced.

Because she received immense support while in school, Hanna developed an attachment to the place. She liked going to her school, Procivitas, in Malmo. Hanna also found it hard to leave her school in the face of good opportunities. She rejected a few offers from sports clubs’ to focus on her studies. She made sure to finish her studies before becoming a professional football player.

Hanna keeps the names of her family members private. However, she has posted a few pictures of her family on Instagram. Hanna has not revealed any information about her siblings. She stays close to her family but does not talk about them often.

The salary and net worth of Hanna Bennison are unknown, but she makes a six-figure sum at Everton. She has refrained from disclosing her net worth for unknown reasons, but hopefully, she will reveal it someday. She is a young player with a bright career ahead of her. Whatever her net worth might be at present, it will likely increase in the future.

How much does Hanna Bennison earn?

Hanna Bennison has not disclosed her income to the media. Besides, it is hard to pinpoint the precise amount because football is not the only thing that brings her income. She has done a few sponsorships in the past, so she has earned an extra sum. The information surrounding her earnings is non-existent apart from her six-figure income at Everton. Fans will have to wait for her to talk about her salary. 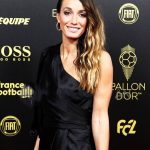 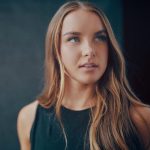