Brittany Wilson is an American soccer player in the Orlando Pride team. She is the goalkeeper of her team and is the number 30 player. Her youth career began in 2012 when she joined the Real Colorado Foxes. Brittany played for the club till 2016 before transferring to Denver Pioneers. Finally, she entered the Colorado Rapids in 2019 but did not stay too long with them. A year later, she joined the Orlando Pride team.

Brittany Wilson is a beautiful girl with stunning features, so naturally, she has an active dating life. She has a partner of many years named Trystan Isenhour. He is a weight lifter and loves Brittany a lot. Brittany sometimes posts a picture of him on her Instagram account. She is not afraid of displaying her love for him to the public. Brittany and Trystan have a beautiful love life that many people envy. They recently got engaged and announced it via a public post. The two often post lovely pictures of each other on Instagram.

Who is Brittany Wilson currently dating?

Brittany does not have to search for a boyfriend because she is already in love with someone. Her fiance, Trystan, has been with her for a long time. Their oldest pictures date back to 2015 when they were teenagers. The beginning of their love life is unclear, but Brittany and Trystan have a long history together. They help and support each other in their careers and have committed to their relationship.

Brittany found her love for soccer at a young age but never thought of it as a career choice. Her parents made sure to get her to like soccer, and soon it became a means for her to escape reality. Brittany played soccer to forget about the harsh circumstances of her life. Brittany has shared her story on her blog, videos, and other social media accounts. She is open and honest about feelings and does not shy away from expressing her struggles.

Brittany used soccer as a means to escape but later strived to become better at it. She wanted to build an identity for herself, due to which she spent more time playing soccer. Her parents raised her with love and care, but Brittany needed to gain independence.

One look at her story can tell that Brittany has risen from financial and personal struggles to become a football star. She made sure to maintain a social support system for herself with the help of her friends. At some point, Brittany met her boyfriend, who is now her fiance. She was lucky to have met some great people in her life that loved and supported her throughout her career.

Brittany ensures to keep her mental and physical health in good condition by having an active lifestyle. She likes to stay fit and venture outdoors. Brittany makes sure not to allow her past to affect her present. She stays close to her family members, especially her sister. She shares her life with her fans on social media in a healthy manner. According to her, Orlando Pride took a chance on her as a soccer player and a person. She is forever thankful to her soccer career for helping her shape her identity and future. Soccer is more than a game or career choice for Brittany.

Brittany Wilson has not revealed her net worth or salary to the public. She is open about her life, but her financial details stay unknown. Besides, Brittany makes money from her blogs and videos. She has shared several tips for aspiring soccer players to make the most out of their passion. Her videos and blogs are read and appreciated by many people.

How much does Brittany Wilson earn?

Brittany Wilson makes most of her income from her soccer career. However, she also makes money from online content, due to which it is hard to pinpoint her salary. Her monthly earnings also changed depending on the sponsorships. She has not revealed her salary to the public, but she makes a decent sum. Perhaps, Brittany will open up about her earnings in the future. 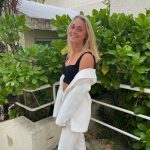 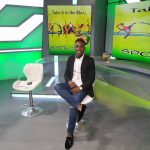