Mary Fowler is an Australian football player who plays as a forward for Montpellier Hérault Sport Club Féminines in Division 1 Féminine of the French League. She signed with them in January 2020 for an undisclosed fee from Adelaide United. Mary played for the South Australian club in the 2019-20 season. This young forward made her senior debut with the Illawarra Stingrays FC in 2019. After just nine games with them, Mary Fowler moved to Bankstown City FC. She appeared in four games for the Sydney based club before moving to Adelaide. Mary Fowler has remained with Montpellier since her move and has become a vital member of their squad.

This young woman is an athlete who has been ranked as an exciting prospect by everyone in the sport. This young lady is a versatile player and knows how to get out of tricky situations on the field. That trait translates to her life outside football because Ms Fowler has been evasive about her love life so far. We do know that she’s into boys, but there hasn’t been any special person in her life just yet.

Who is Mary Fowler currently dating?

As of writing, Mary Fowler is not dating anyone. The two-footed forward has never been in a relationship before. Thanks to her move to France, Mary will have to learn the language and understand it adequately before she figures out what the men there want from her. Mary Fowler has never been married before and does not have any kids either.

Mary Boio Fowler was born on February 14, 2003, in Cairns, Australia. Her dad, Kevin, is Irish, whilst her mum Nido is from Papua New Guinea. Mary has a brother named Caoimhin and a sister called Ciara. She started playing at a very young age and was supported by her family. Mary Fowler’s career began when the young woman signed up with Saints FC as a kid. She knew then and there that her life was going to be dedicated to the sport. Mary then moved to Leichhardt FC, following which she spent some time at BVV Barendrecht. Ms Fowler completed her youth career at ESA before becoming a professional.

Montpellier had a darn good reason when they signed Mary Fowler. She is an exceptional talent, and they were lucky to scoop her up before the big guns came calling. This Australian is on Instagram and is fairly popular too. Mary is signed with Adidas and receives about $2,500 a month from them, at least. That’s about $30,000 a year from just one sponsor. Given her earnings from her club and sponsor, we estimate Mary Fowler’s net worth to be about $15,000, at least.

How much does Mary Fowler earn?

As a top talent, Mary Fowler moved to France at the perfect time. In addition to receiving better wages, this young woman will also get to develop as a player. Our research indicates that Mary Fowler earns about $50,000 a year or a little over $4,100 a month from the French club. 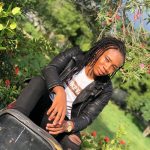 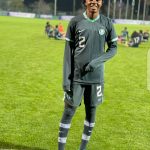