The French forward, Marie-Antoinette Katoto, began her football career at the Academy of Colombes FFC. She started there as a seven-year-old in 2011. She remained with them until 2015 when she joined PSG. Upon completing her youth career with the Paris based side, she was granted her senior debut for them on 26 April 2015. It was a Champions League semi-final game against Wolfsburg. Ms Katoto’s league debut for the Parisians came in the same week. She played from the start and scored against Rodez. Marie-Antoinette Katoto has been a one club woman. She has remained with the capital side since her debut in 2015 and averages almost one goal a game for them.

Ms Katoto is a thorough professional who likes to keep details about her personal life private. She has never mentioned that she has a boyfriend, and we suspect that she has not dated anyone seriously in the past. Had that not been the case, we would have known about it.

Who is Marie-Antoinette Katoto currently dating?

Marie-Antoinette Katoto is not dating anyone as of now. This French player is currently single. However, given the fact that she’s just 22 years old means that she has all the time to find herself a suitable partner. This young striker is going to make life difficult for us, thanks to her love of privacy. But we’re going to keep digging and find out all about her boyfriend soon.

Marie-Antoionette Katoto was born on November 1, 1998, in Colombes, France. 1998 was a great year for the French, not just for their World Cup win because the birth of a certain striker was going to cement their place as a dominant footballing nation in the years that followed. They haven’t really achieved much in terms of Women’s football, but that’ll soon change. Marie Katoto is of Congolese descent, and details about her parents and her siblings are private. However, we think that once this woman achieves more success in the field, the world will want to know about them.

Marie’s endorsers happen to be Nike. It was reported earlier that this French lady had a deal with Orange too. Based on our calculations, we think that this striker could be worth about $300,000 approximately.

How much does Marie-Antoinette Katoto earn?

Strikers making more than their defensive counterparts is a recurring theme in women’s football too. Thanks to her clinical nature, Marie-Antoinette Katoto makes over $520,000 a year from her PSG contract. The PSG number 9’s monthly earnings amount to over $43,000. She was not given that money at one go. This woman had to earn her wages through her performances on the pitch.

Given how she’s playing, it’s undeniable that this young woman is set for better things on the pitch. 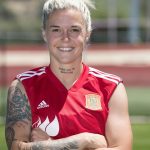 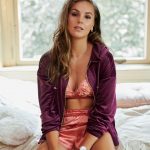