Mallory Diane Pugh is a forward from the United States of America. She started out when she was four and attended the academy of Real Colorado as a child. After deciding to pursue football as a career, this young lady began to put in the required work to make sure that she got to the top. Rising through the ranks of Real Colorado, Mallory Pugh went on to become a full time professional. Although she committed to UCLA, Mallory decided to forego her college education and signed up with the Washington Spirit in 2017. She was with them for two years, following which Mal moved to New Jersey based Sky Blue FC. In December 2020, Ms Pugh was sold to the Chicago Red Stars. She currently plays for them.

Who is Mallory Pugh currently dating?

Mallory has been in just one relationship ever. Her love story is as beautiful as love stories get. This young woman met her beau, Dansby Swanson after her brother-in-law hooked them up. Dansby, who is mates with Jace Peterson, was introduced to Mal, and the two began talking. Texting happened too, and when they knew that they liked each other, Mal and Dansby became Instagram official. This was way back in 2017.

The couple’s relationship has stood the test of time, and these two will be looking to get hitched in the future. Mallory and Dansby aren’t engaged either, and they certainly don’t have any kids together.

Mallory Pugh was born on April 29, 1998, in Littleton, Colorado, the United States. Karen and Horace Pugh are Mallory’s parents, and she has an older sister named Brianna. Mal’s father used to be a track runner, as was his mum. Her dad used to play football too and encouraged his daughters to take up sports. Mallory grew up in Highlands Ranch, Colorado, and from 2012 through 2016, she attended Highlands Ranch’s Mountain Vista High School. Ms Pugh scored 47 goals and added 23 assists throughout her three seasons with the squad. She was due to take up college education at UCLA but turned pro instead.

How much does Mallory Pugh earn?

Based on all the information we’ve gathered about Mallory’s life, we know that she makes a little over $60,000 a year approximately. It equates to $5,000 a month. This young lady is also supported by Nike. She is quite popular on Instagram, and with over 500k followers, Mallory demands a decent sum to endorse brands. It is estimated that she makes close to $25,000 a month from her endorsements alone.

As a newly turned professional who is just getting noticed, Mallory has an estimated net worth of about $100,000. She needs to work her way up the ladder if she’s to become a millionaire footballer. 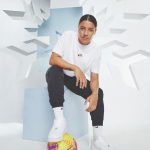 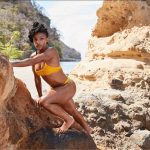