Lieke Martens’ football journey began when she debuted for the sc Heerenveen Vrouwen in the Vrouwen Eredivisie in 2009. She was just sixteen years old then. She followed that up with one-year spells at VVV-Venlo and Standard Liège. In 2012, Lieke transferred to FCR 2001 Duisburg in March 2012. She made her first appearance for them in July that year. Following two years with the German team, this Dutch woman moved to Bollklubben Häcken (Kopparbergs/Göteborg FC ) for the 2014-15 season. In 2016-17, she played for Rosengård, following which she was sold to FC Barcelona Femení in July 2017. She has remained with the Catalan team since then.

Lieke has been in a relationship with a footballer named Benjamin van Leer since 2018. Ben plays in goal for the Rotterdam based Sparta. He came through the ranks of Ajax and has also played for FC Eindhoven, Jong PSV, Roda JC Kerkrade, and NAC Breda in his career. Benjamin spent his youth days with Elinkwijk and PSV.
Although the exact details of their dating life are unknown, this couple confirmed their relationship in November 2018.

Who is Lieke Martens currently dating?

Benjamin and Lieke have been together since 2018. They even adopted a dog in 2020. Now, when a couple decides to do something like that, you know that they’re serious. Lieke is one of the most beautiful footballers on the planet, and Benjamin is lucky to call her his girlfriend. She’s equally happy with him, and from the looks of it, is willing to go the distance.

Lieke was born as Lieke Elisabeth Petronella Martens on December 16, 1992, in Bergen, the Netherlands. Berten Thea Martens is her father whilst her mum’s details are unknown. Lieke has two brothers named Jelle and Sjoerd. As a child, Lieke Martens would spend her free time playing football with her brothers in their garden. She then joined the Bergen-based RKVV Montagnards as a five-year-old. It was pretty clear to this young lady, even as a young lass, that football was going to be her life. She decided to focus on the game and joined Olympia ’18 in 2005. Lieke completed her formative education from Hogeschool van Amsterdam in 2009.

This young woman, who happens to be one of the most marketable players on the planet, enjoys a lucrative deal with Nike. It is reported that she makes at least $10,000 a month from the American sportswear company alone. In addition to this, Lieke also works with Pepsi, Zinzi, OTRO, and Lays. Her deals allow her to earn an additional $5,000 a month approximately.
A professional career that has spanned over a decade sees Lieke Marten’s net worth at an estimated $2 Million as of writing.

How much does Lieke Martens earn?

Ms Martens is a born winner and commands a respectable salary from FCB. It is reported that this young woman makes about $208,142 a year from the Catalan club. That’s $17,345 a month, roughly. 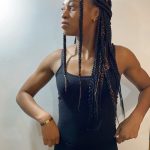 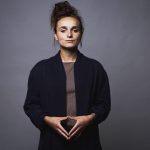