Dzsenifer Marozsan was born in Hungary and raised in Germany, where she rapidly followed in the footsteps of her footballer father. This young woman began her playing career in the academy of DJK Burbach in 1996. She was with them until 2003 when she moved to 1. FC Saarbrücken. Dzsenifer signed with the Saarbrücken based club in 2007 and debuted for them the same year. In 2009, Ms Marozsan moved to 1. FFC Frankfurt. She remained with them until 2016, following which she transferred to Olympique Lyonnais Féminin. In 2021, she was loaned to OL Reign. They’re a club based in Tacoma, Washington, United States.

Who is Dzsenifer Marozsan currently dating?

Dzsenifer Marozsan has the most chill vibe of any woman footballer we’ve ever met. This young lady shares plenty of information about herself with the public. However, when it comes to relationships, she remains tight-lipped. Dzsenifer has always been professional on the court. Off it, she enjoys time to herself. It makes us think if she ever was in a relationship at all. We know for a fact that she is a straight woman. We’re certain that Dzsenifer Marozsan is not seeing anyone at the moment. She has never been married before and doesn’t have any kids either.

Ms Marozsan was born on April 18, 1992, in Budapest, Hungary. She moved to Germany when she was just four years old. Her father is János Marozsán. He is a former professional footballer. The entirety of his career was in Hungary after having started as a senior with BFC Siófok in 1985. János has even played for the Hungarian national team. Dzsenifer’s mum is Erzsébet Marozsán who is a homemaker. Dzsenifer Marozsan also has an older brother named David. He works as a football player scout with NESS & Network.

How much does Dzsenifer Marozsan earn?

Playing as a midfielder, this woman is known to have a knack for scoring goals too. She signed a contract with Olympique Lyonnais in 2016 and is still signed by them. It is estimated that Dzsenifer Marozsan’s contract makes her $120,000 a year. That’s about $10,000 a month. Although these numbers are estimates, we do know that a player of her calibre deserves every penny she makes.

Dzsenifer Marozsan also has endorsement deals with Puma and Visa Germany. That should see her make another $20,000 at least every month. Managed by Dietmar Ness, this Hungarian / German’s net worth from playing for over 14 years is about $2.5 million. 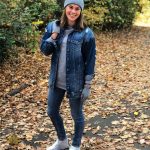 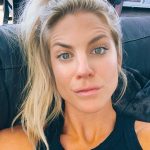