Crystal Dunn is an American soccer player with the Portland Thorns FC of the National Women’s Soccer League (NWSL), and (almost) everyone in America knows about her! She began her international soccer career on February 13, 2013, while playing against Scotland. Crystal received the Hermann Trophy for the best college soccer player in 2012 while playing for the North Carolina Tar Heels. Dunn is also the youngest player to win the NWSL Most Valuable Player and Golden Boot awards.

Crystal Dunn has a stable love life because she has found a person that is perfect for her. The name of her husband is Pierre Soubrier, a man who owns a very successful business. Pierre is the director of Colorado Rapids sports medicine and performance. Before dating Pierre, Crystal did not reveal any information about possible ex-boyfriends. At present, Crystal and Pierre are a sports power couple, thanks to their popularity.

Who is Crystal Dunn currently dating?

The pair met when Crystal was playing for the Washington Spirit of the NWSL. Pierre was working as an athletic trainer back then and immediately fell in love with Crystal. After dating for a few years, Crystal Dunn got married to him. Today, the couple owns several pets, living a happy life. They support each other in all endeavors regardless of any setbacks. Crystal and Pierre do not have any children right now, but they have several pets. It seems as though this couple will stick by each other forever.

Crystal Dunn was born in the busy city of New York to Vincent and Rhonda Dunn. Her parents raised her with her brother, Henry, in Rockville Centre. Crystal attended the South Side High School, where she first began to play soccer. People recognized her talent at an early age, and she improved her skills over time. Her parents instilled discipline and hard work into her and her brother. Her parents were strict but never authoritarian.

According to her parents, Crystal is a dedicated person who works hard to achieve her goals. Apart from soccer, she was also a high achiever when it came to academics. She performed well in every subject but never lost sight of her long-term goals. Despite having a future in soccer, Crystal went to college and excelled in her studies. Her major in college was sociology, a subject she enjoys studying. It is a miracle that Crystal managed to juggle work and soccer together.

Her parents and brother supported her in every manner possible. Thanks to her fun-filled environment, Crystal grew into a lovable person. Her childhood was full of moments of victory, which enabled her to develop unwavering confidence. Crystal Dunn is lucky to have supportive, loving parents that never give up on her. Despite her busy schedule, Crystal stays in touch with her mother and father. Thanks to her parents’ continual support, Crystal won several trophies throughout her career.

Crystal Dunn began her career at a young age, which allowed her to earn a hefty sum every month. At present, her net worth is at a whopping price of $6 million. She also does sponsorships and advertisements, increasing her overall income. As her popularity increases, her net worth becomes higher. Crystal Dunn is a highly sought-after soccer player, due to which people are willing to pay her hefty amounts in exchange for a contract.

How much does Crystal Dunn earn?

Crystal Dunn is among the most famous athletes in the United States, which allows her to become richer every passing day. She has several records to her name that increase her popularity. According to this source, her estimated income is between $90,000 and $95,000 per month. Besides this hefty sum, her husband owns a successful business. When combined, their income is enough to last them a lifetime. 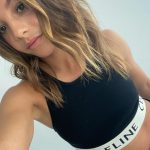 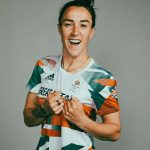