Clàudia Pina is a Spanish football player in the FC Barcelona and the Spain women’s national team. Clàudia began playing football in Montcada, and the Espanyol’s scouts discovered her in 2011. They immediately called her on board, starting her professional career. She played for the Espanyol team till 2013 and transferred to Barcelona the same year. Since then, she has grown to become a celebrated player in FC Barcelona. She also played for Sevilla on loan.

Clàudia Pina is dating a beautiful girl at the moment without losing focus from her career. She has achieved several things at a young age, and she does not want to lose it all to a romantic relationship. Because Clàudia is a beautiful woman, several people must show interest in dating her, but she only loves one person. However, Clàudia has no time or intention to talk about her relationship. She has not mentioned anything about her ex-boyfriends.

Who is Claudia Pina currently dating?

Clàudia Pina has a girlfriend that often appears in her Instagram posts. Clàudia is also private about her love life, due to which there is no way to understand her love story. Fans can only wait for her to talk about her dating life and other personal things in the future. For now, she does not want to talk about her girlfriend with the public.

Clàudia Pina has not revealed anything about her family, but one interview sheds light on her personal life. This article only talks about a few things other than football, due to which no one can make assumptions about her life. People will have to wait for Clàudia to come forward and talk about her family independently. Most footballers find it uncomfortable to reveal intimate details about their past and upbringing.

Clàudia admitted in the interview that she is a timid person outside the football community. She does not like to talk to unknown people about her family. Her shy nature explains her need for privacy from media coverage. It is a surprise that Clàudia uploads pictures of her girlfriend on her Instagram account. She has not revealed the names of her father and mother. Unsurprisingly, most people have noticed her silent demeanour and pointed it out. According to Clàudia, she is aware that several people consider her to be a serious player.

According to a snippet of the interview, her father seems involved in her career. However, that was about all the information one could get about her parents. Clàudia says that she began playing at a young age. She always had the football nearby during her childhood and learnt most skills as she grew up. She played in the field until she perfected herself. The best advice her parents gave her was to never give up on her dreams. This advice enabled Clàudia to work hard towards her goals and become a football celebrity at a young age.

Her parents are proud of her achievements and stay in close contact with her. She spends her spare time with her family celebrating her success in life. At present, she wants to keep her family away from the media, but it may change in the future. Hopefully, Clàudia Pina will reveal more about her family life in the future.

The net worth of Clàudia Pina is $1.5 million, thanks to the early start of her football career. She has won several matches and earned the respect of her seniors. Her net worth will increase as she shows improvement in her skills. She also makes money via a few sponsorships, but football is her most significant source. Clàudia has a long way to go in her career, due to which one can expect her net worth to increase fast.

How much does Claudia Pina earn?

The salary of Clàudia Pina is unknown, but Barcelona is generous with their paychecks. Her overall earnings depend on her sponsorships and modelling contracts. Irrespective of her earnings per month, one can assume that Clàudia Pina is a wealthy lady. Her football career has helped her build a prosperous life. 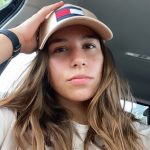 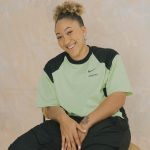