Caitlin Foord is a famous football player in the club Arsenal and the Australian National team. She has the achievement of being the youngest Australian to play at the World Cup. She was named the 2011 FIFA Women’s World Cup Best Women’s Young Player. She same year, she also won the title of Asian Women’s Young Footballer of the Year. In 2016, the Asian Football Confederation (AFC) awarded Caitlin Asian Women’s Footballer of the Year.

Caitlin Foord does not have a boyfriend at present, but some rumours are floating around. According to some football fans, Caitlin Foord is dating fellow teammate Lia Walti. The stories sparked in May 2021 when someone posted a video of the two football players. However, neither Caitlin nor Lia have confirmed the relationship. For now, one can assume that her love life is either non-existent or under the covers.

Who is Caitlin Foord currently dating?

Caitlin has kept her dating life a secret from the public. She has never spoken about ex-partners throughout her football career. It is unknown if her relationship with Lia Walti is legitimate. Fans will have to wait for one of them to confirm. For all we know, it is likely an exaggeration of friendship between two football players. Besides, Caitlin is so busy with her career that she does not have any time for romance.

Caitlin Foord is the daughter of Simone, who raised her in Shellharbour. In this city, which lies 100km south of Sydney, Caitlin found her love for football. Caitlin grew up surrounded by two beautiful women, her mother and sister, who supported her every wish. Her childhood was full of love, friendship and a burning passion for sports. The first person to notice her football skills was her sister, Jamie. Jamie frequently saw her playing football at school and told their mother that Caitlin had a bright future in football.

However, Caitlin had already begun playing sports before Jamie noticed her football talent. Before discovering her football skills, her mother drove her to different centres to try out sports. Caitlin studied in the Illawarra Sports High School, which allowed her talent to shine. As a parent, Simone adopted a hands-on approach while raising her daughters. After school, Simone would take her daughter to the Sydney Olympic Park to train. When Jamie discovered her abilities, Simone enrolled her into the Warilla Wanderers.

From the Warilla Wanderers, Caitlin made her way into some local football teams and eventually into the World Cup. According to Jamie, they saw Cailin score six goals on her first day in Warilla Wanderers. She participated in several competitions while playing for the Illawarra Stingrays and the Sutherland Sharks. However, she eventually enrolled herself on the New South Wales Institute of Sport to advance her career.

Football was not the only sport that Caitlin liked because she grew up watching National Rugby League (NRL). She participated in different games, but football was her first love. Caitlin was born with a fiery attitude inherited from her mother. She is open-minded, outgoing and hardworking, and her family could not be more proud of her achievements. Caitlin is the first member of her family to become a football player. The details about her father remain unknown as he did not seem to be involved in her childhood.

The net worth of Caitlin Foord is $1.5 million, thanks to the early start of her football career. She has participated in national level football championships throughout her career, due to which her net worth saw rapid growth. Besides, she also does several sponsorships to increase her earnings. One of her popular sponsors is Nike, a famous company.

How much does Caitlin Foord earn?

Most football players do not reveal their salary breakdown to the public, and Caitlin is no different. She has never talked about her earnings as a footballer, due to which it is impossible to know her salary. Maybe she will talk about it sometime in the future, but fans will have to wait. However, her earnings will increase in the future, thanks to her outstanding football skills. 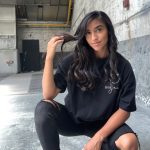 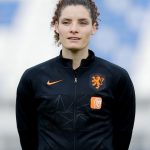