Asisat has not revealed anything about her dating life to the media. However, there was a point when rumors surrounded her. Asisat allegedly had a boyfriend in the past, and he was a celebrity too. His name is Abu Azeez, a famous beach soccer player from Nigeria. According to some sources, they were going to get married in 2017. They allegedly had a pre-wedding shoot where a picture showed them holding hands. However, Asisat never confirmed anything. She had made a post inviting her family for her wedding ceremony. However, it looks like the couple never went ahead with it.

Who is Asisat Oshoala currently dating?

Nobody knows the nature of the relationship Asisat and Abu shared, but they do not seem close anymore. If Abu were a part of her love life, it would make him her ex-boyfriend now. At present, Asisat appears to be living a single and fabulous life. Perhaps one day, she will share the details of her romantic past and current life. However, Asisat has some advice for young ladies who are dating a man. According to her, women should appreciate their boyfriends when they post a picture of them online.

Asisat was born in a Muslim family in Nigeria, and her parents were incredibly conservative and raised her in a strict environment. The only time she spoke about her family was during her interviews after her initial rise to success. Asisat grew up surrounded by traditional gender norms. Despite her environment, Asisat openly expressed her interest in sports from a young age. She had the gift of athletic abilities and a robust physique.

Her primary education happened at Air Force Primary School in Victoria Island. Later, she went to Aunty Ayo International School in Ikoyi. Both schools are in Lagos, her hometown. She has previously stated that she used to run to school from home. Nothing could stop her from practicing her skills. Her inclination to sports drew attention from people, mostly boys.

Thanks to her hard work and dedication, Asisat became a famous footballer. She has never revealed any personal information about her parents and siblings. Asisat also has a daughter, but she does not post her pictures on social media. She likes to keep her private and professional life separate. She has not revealed any information regarding her siblings. However, Asisat still maintains close contact with her family members.

Her net worth in is roughly $0.2 Million. One can only assume that it will grow in the future. Asisat is a young player, which means that she has plenty of opportunities in the future. She has already made her mark in the football world as a successful woman. She has played for several football clubs in her career and displayed an outstanding performance everywhere. As a result, most football clubs would be happy to have her join.

How much does Asisat Oshoala earn?

Asisat has not revealed her salary to the media. However, everyone knows that her salary has increased after she joined Barcelona. It guarantees a minimum pay of 16,000 euros for female football players. The Barcelona club also offers paid holidays and maternity leaves to its female players. Previously, Asisat had called out the gender pay gap in the Nigerian football industry. She commented that the Nigerian government does not pay attention to female football players. 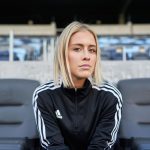 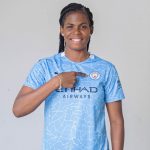