This red-haired boxer was born on the 18th of July 1990 in Guadalajara, Jalisco, Mexico. This young man, who has competed in multiple weight classes, began his boxing journey when he was about 13 years old. Whilst it isn’t common for Mexican lads to take up boxing, this young man took an interest after seeing his older brother make his debut. Canelo, the world’s best active super middleweight, turned professional just two years after he began training.

Going on a winning spree, he kept knocking out opponents who were much older than him. This Mexican was having legitimate difficulties finding opponents for himself. That’s how good he was. Although he stumbled at his first big hurdle, and we’re not taking anything away from any of the boxers he has faced, this young man bounced back stronger than ever before. Having won 57 of his 61 fights, this Mexican boxer has still got plenty of gas in the tank to get him where he wants to be. We believe that his next fight will set the tone for the rest of his career.

This young man has had a promiscuous past. He has been with more than one woman and has fathered 4 kids with 4 different women. The most prolific relationship he has ever had was with a woman named Marisol González. The boxer was even engaged to be married to her at one point. However, things didn’t go to plan, and the couple ended it. Fernanda Gómez entered his life in 2016, and he has gone the distance with her.

Who is Canelo Álvarez currently dating?

This pugilist’s relationship with Fernanda was clearly an on-off thing. Nobody expected him to settle down. However, he managed to do the unthinkable after tying the knot with the woman in May 2021. We heard that he has changed his ways and won’t be looking elsewhere anytime soon.

Ana Maria Barragán and Santos Álvarez are the parents of our boxer. Although he doesn’t like to talk about his folks, we know that his parents are from Los Reyes, Michoacán, Mexico. His was a typical Mexican middle-class household. The boxer’s parents moved to Juanacatlán, Jalisco, when he was a young lad and had a farm where Canelo grew up. This boxer is the youngest child in his family. He has six brothers and a sister. Sadly, his parents split up when he was 15. As we’ve mentioned before, Canelo has 3 daughters and a son with four different women. He was quite the player, wasn’t he?

Canelo attracted the big bucks whenever he got inside a ring. This four-division world champion’s fights have generated over $706 million in revenue. Based on all the data we’ve collected, we think that this Mexican could be worth about $200 million, approximately.

How much does Canelo Álvarez earn per year?

Cleto Reyes, Louis Vuitton, DAZN, Roger Dubuis, Coppel, Under Armour, Golden Boy Promotions, Value Grupo Financiero, Everlast, Tecate, and Hennessy are the brands that work with him. It has been reported that he makes close to $25 million a year from his sponsors alone. 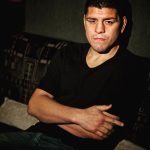 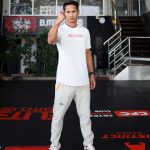