A former WBA (Super) and Ring magazine super-middleweight champion, this British boxer was born on the 23rd of April 1990 in Liverpool, England. As someone who grew up in a boxing family, he found it easy to take the first step toward achieving greatness in this sport. The young man began boxing when he was just nine years old. Although he was quite playful up until that point, this lad’s demeanour changed as soon as he realised that he was going to be doing this for life. Thanks to his hard work, this young man’s amateur career turned out to be stellar.

After barely missing out on an Olympic spot at the 2012 games, he decided that he wanted to become a pro. This man’s pro career began after he joined Joe Gallagher’s gym in 2012. He debuted against Dan Blackwell on the 17th of November 2012 in Nottingham, England. This lad won the fight on a points decision. He enjoyed his first TKO against Tommy Tolan in Feb 2013, whilst his first KO came against Ruslans Pojonisevs in April that year. Having participated in 29 fights so far, this Scouse lad has lost in just one of those. He has nothing to be ashamed of because he went up against Canelo in that one. We heard that he’s looking for redemption, though.

This man didn’t realise that a holiday he’d take would change his life for the best. We don’t know why but this man lied to her and said that he was an electrician when he first met her. The woman didn’t mind what his job was. She really liked him.

Who is Callum Smith currently dating?

Kimberley Love didn’t leave him when she found out that he was a professional boxer. Her love for him transcends trivial things. The two of them are still together. If there’s one thing we know about Scouse lads, it’s that they’re fiercely loyal. This man isn’t going to stray, and Kim is lucky that way.

Paul Smith Sr. and Margaret Smith are the parents of our boxer. They were originally based in Kirkdale and are very proud of that fact. Margaret is a homemaker and did a tremendous job of raising her kids. They love her to the bone and respect her too. It is unclear what Paul Sr. did for a living. This boxer has three brothers named Paul Jr., Stephen, and Liam. He also has two sisters called Chloe and Hollie. Our boxer is the dad of two beautiful kids he had with Kim named Alba and River.

This man’s big payday came when he went up against Canelo. Some reports suggest that he could have made close to $5 million from that one fight alone. Based on all the info we have, we think that this Brit is worth about $10 million, at least.

How much does Callum Smith earn per year?

He has worked with AMC, Hublot, and Bomberg. It has been reported that he makes close to $1.5 million a year from them. 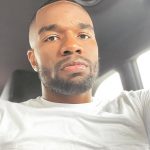 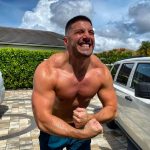