Nicknamed Hard Work, this American is a professional boxer from Philadelphia, Pennsylvania, USA. This young man was born on the 14th of August 14, 1989, and fights with an orthodox stance. This lad began boxing when he was a very young boy, and in 2011, won the National Golden Gloves Championships and the US National Championships at Middleweight. Although he failed to qualify for the London Olympics in 2012, he decided that it was the best time for him to become a professional. He made his debut soon after and breezed through his first 16 opponents.

Hard Work’s first big test came in the form of Mike Jimenez in 2015. He won that fight comfortably and even got his hands on the USBA and the NABO super middleweight titles. His boxing career did seem like it was going to take off. However, it turned out to be a dud. This young man never lived up to the expectations and even failed to win the WBO super middleweight title twice. He has suffered just 3 losses and won 28 times in the 31 fights he has been in. However, something was always lacking in his game.

This young man is awfully quiet about his personal life. For us here at wtfoot, this hurts more. We think we’d do well taking one of his punches in the face instead. We have done some digging and found out that this man was married to a woman named Starletto Brayboy. She is his childhood sweetheart, and the pair tied the knot in August 2011.

Who is Jesse Hart currently dating?

Thanks to Hard Work’s lack of communication, we’re not entirely sure if this man’s still married to her. We’re going to give him the benefit of the doubt and assume that he still is.

Hard Work is the son of none other than Eugene “Cyclone” Hart. His dad was a famous boxer back in the day and was known as a fearsome fighter. Some say that he had a left hook that could kill. Although Cyclone hung up his gloves at 30, he began training kids in his neighbourhood and Hard Work wasn’t going to be spared. This lad was put through his paces by his dad and is forever grateful for what he’s managed to become. Sadly, there’s no information available about his mum Debbie. We know that he had an older brother Damon who was killed during a robbery. Hard Work also has at least two sisters. Their names are unknown. This boxer has a daughter named Halo with Starletto. He also has a son named Jessiya Eugene, and it’s probably with his wife too.

This 6 ft 3 in boxer never managed to draw in the big bucks. Boxing isn’t about money for this man. He does it because he absolutely loves it. Based on the reports we’ve received, we think that this young man could be worth about $5 million approximately.

How much does Jesse Hart earn per year?

This man has never once talked about the money he makes or the brands that endorse him. We’re beginning to think that he doesn’t work with anyone. Could that even be possible? 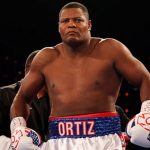 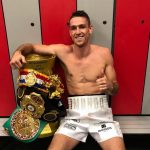