A two-time former unified world heavyweight champion, this boxer was born on the 15th of October 1989, in Watford, Hertfordshire, England. He began training when he was eighteen years old. Yes, this man is one of those people that started late. However, his athleticism and keenness made sure that he progressed at an impressive pace. Although he had the opportunity to become a professional early on, he passed it up to focus on just winning medals.

As a youngster, he was driven by this insatiable desire to just win. He still is, to this day. This man knew exactly when he wanted to become a pro, and that was sometime around 2013. He made his debut as one against Emanuele Leo. He hasn’t looked back since. This British boxer has fought in 26 fights and has won 24 of those. His only losses have been against Andy Ruiz Jr. and Oleksandr Usyk. This British fighter, a generational talent, is known for being a tough competitor. He isn’t going to take his losses on the chin (pun intended) and just move on. His rematch with Usyk is one of the most anticipated fights in recent history, and we can’t wait to see what he’s going to do.

This hunk has been linked with numerous high-profile women in the past. Bella Hadid, Cara Delevinge, and Rita Ora are some of those women. However, almost all of these turned out to be rumours. The boxer was involved with a woman named Nicole Osbourne, though. She was his childhood sweetheart. Sadly, these two aren’t together now.

Who is Anthony Joshua currently dating?

AJ has always been completely focused on his boxing. He has even suggested that he finds it hard to balance his personal and professional life. The defeat he suffered at the hands of Usyk hasn’t helped his cause much too. He’s completely focused on overcoming his Ukrainian nemesis for now. When he’s sorted that out, he might go out looking for a girl. Be on high alert, ladies.

This boxer’s parents are Robert Joshua and Yeta Odusanya. His mum and dad split up whilst he was young. They were back in Nigeria then and moved to the UK soon after. This young lad spent most of his time with his mum and attended the Kings Langley Secondary School in Hertfordshire. He was an excellent athlete there and even played footy. Although his parents separated, this young man shares a special bond with his old man. AJ has a brother named Jacob and two sisters called Janet and Loretta. Do you remember his childhood sweetheart, Nicole Osbourne? He has a kid, a boy named Joseph, with her.

As a very successful boxer, this Brit has made a lot of money from being a pro boxer. Remember that he never went after the money, though. He was just very good at what he did that the money just came to him. Based on our calculations, we think that this man could be worth about $90 million as of writing.

How much does Anthony Joshua earn per year?

This rich athlete is endorsed by Jaguar Land Rover, Under Armour, Beats by Dre, Hugo Boss, DAZN, and Sky Sports. It has been reported that he makes close to $10 million a year from them. 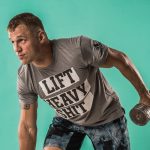 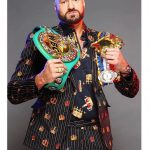