Kevin de Bruyne has been having a banging season so far! But at the end of the day, even this goal-creating machine goes home and shares the events of the day with his significant other. Read on to know everything about the Belgian’s stunning wife, Michele Lacroix.

Michele Lacroix is a Belgian stunner. She was born on December 8th, 1993, in Belgium. This brings her under the star of Sagittarius. And considering her lively Instagram feed, we suppose she indeed fits the sign well. The knockout is originally from Genk and was a student at the University of Hasselt in Belgium. After graduating, Michele worked for Prime Impressions Hostesses as a promotional director. Not much is known about the family or the personal life of the blonde beauty, other than the fact that she is the love of the Manchester City star and the mother of his children.

How She Met The Football Icon

Michele met Kevin in the middle of quite a dramatic situation. The footballer recently had a devastating breakup with his erstwhile girlfriend. The athlete was enamored by a woman named Caroline Lijen and was on the verge of marrying her. But Kevin was barred from doing so when he was transferred to the German club, Werder Bremen. His lady love also accompanied the Belgian to Germany but soon had enough of Bremen and sought a move to Madrid. However, shortly after shifting to the Spanish Capital, the two broke up when the news of Caroline being involved with another footballer took rounds in the media. This was when the star player met his now-wife, Michele Lacroix.

Indeed, Kevin’s breakup wasn’t easy. But meeting Michele made it simpler for him. He found his true love in Michele and just knew that she was the one after dating her only for some time. Perhaps this is the reason why the attacking midfielder sought to propose to his girlfriend in the most romantic way possible.

Kevin popped the question at the foot of the Eiffel Tower (yes, only the most beautiful place to say the three words). Of course, Michele said yes to such an adorable proposal, and the two got engaged then and there, in the City of love, below the most romantic place in the world! The star announced his engagement to his fans later on social media with the caption, “she said yes.”

The happy couple got married in an extravagant ceremony that took place in Italy. The year was 2017, and by this time, Michele had already given birth to Mason, their adorable kid. It was not long after that they welcomed their second child, Rome de Bruyne. The family is often seen vacationing in the most exotic places in the world, and it seems the star’s kids love beaches. The feeds of both parents are jam-packed with their children playing around on the shore of a serene ocean.

While Kevin keeps himself busy with his commitment to football and his club, Manchester City, Michele occupies her time by giving her followers their daily dose of aesthetics. She has over 275K followers. From sublime solo pictures to couple pictures to heart-warming family photos, Michele uploads them all. But most of the time, it’s the baby pictures of her kids. It’s safe to assume that the beauty loves being a mother and doesn’t shy away from making this fact known. In 2020, she announced the arrival of their third child, a little baby girl. Both the parents announced her birth on social media and were instantly showered with love and congratulations.

Does Michele Come To Watch Her Husband Play?

Watching Kevin De Bruyne play Live may be a dream for some of us, but a regularity for some. Although Michele hasn’t been spotted at the Etihad when the City takes on their competitors for the domestic games, she was seen racing onto the pitch when Manchester City lifted the Premier League trophy in 2019. She even captured herself holding the silverware with the star player himself and their son. So yeah, she may not be spotted by the cameras often, but she does root for Kevin in all games! 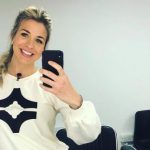 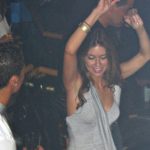