Born on August 16th, 2001, in San Candido, Italy, this young man almost never became a tennis player in the first place. As someone who pursued the sport only because his dad liked it, he was really into skiing and football as a youngster. But as fate would have it, this right-handed Italian chose to focus on tennis when he was about thirteen years old. In 2016, the Italian began competing on the ITF Junior Circuit. However, he knew that it wasn’t meant for him. He decided to focus on his bigger goals, and within two years, he began playing on the ITF Men’s Circuit. The youngest Italian to win a Challenger title in history, the man from San Candido, did it in Bergamo in February 2019. As someone who likes the hard surface, it was quite surprising to see him reach the quarter-finals of the French Open in 2020. Coached by Simone Vagnozzi, this young man is an interesting player, and we’re watching him. He has the potential to make it to the top, but will he?


This young Italian used to date a beautiful girl named Maria Braccini. We did not learn about the Italian player’s connection with Braccini until March 2021, despite the fact that they had been dating since October-November 2020. They had celebrated their one year anniversary, and when we thought that everything was so smooth, the pair announced that they were splitting up. The player said he wanted time and energy to focus on his game. Whilst we do know that relationships can be taxing, it must be noted that if two people are meant to be together, they should work everything out.

Who is Jannik Sinner currently dating?

As of writing, this young man is not dating anyone. He is currently single. If we think about his situation, it looks pretty monotonous for now. That’s one of the sad parts of being a pro athlete. If you want to make it that.

Our player was born in Innichen, in the largely German-speaking district of South Tyrol in northern Italy, to Johann and Siglinde Sinner. He grew up in Sexten, where his father works as a cook and his mother as a waitress at a ski resort. That’s also where he learned to ski. He has a brother named Marc as well. One of the reasons this lad’s a tennis player today is his dad. So, thanks to him.

This young man’s win record is close to 70%. That’s a phenomenal stat in itself. He has made over $5 million from prize monies and combined with his endorsement money, his net worth is also at $5 million.

How much does Jannik Sinner earn per year?

He works with brands such as Nike, Head, Rolex, Lavazza, Parmigiano Reggiano, Technogym, and Alfa Romeo. He earns almost a million dollars a year from them. If he keeps this up, he’ll end up making more money from his endorsements than he does from tennis. 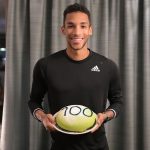 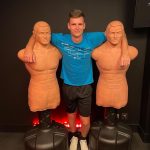