This young man, who is right-handed, was born in Moscow, Russia, on February 11, 1996. He began practising under Ekaterina Kryuchkova at the age of six after being encouraged by his parents to enrol in tennis lessons. Little did this young man know that he’d go on to become a very good player when he started out. He wasn’t even sure that he was going to become a pro. Things changed when he realised that he was really good at the sport. He dropped out of college to focus on tennis, and it turned out to be a wise decision. Playing his first match as a junior aged thirteen, this youngster has come leaps and bounds since. The Chessmaster, as he’s known, moved to France when he was eighteen, and it did brighten his chances a bit because staying at home in Russia wouldn’t have had the same impact on his growth. Although he started out as a doubles player, he quickly moved on to become a singles genius. At the 2016 Nice Open, Daniil made his ATP singles main draw debut, and in January 2017, he made his first ATP singles final. The young man won his first ATP title in 2018 and his first Grand Slam, the US Open, in 2021. We’re eager to see where he’s going to go from here.


The Octopus (his nickname) meeting his wife is one of the sweetest stories in the circuit. Daria was just twelve when she first laid eyes on our player. He was playing a match, and she was out and about in a nearby cafe. The noise that he was making made her family enquire about the happening. The people at the cafe hyped Daniil up, and quite naturally, the twelve-year-old girl was intrigued. She went ahead to watch the game and liked what she saw.

A young Daniil was fighting it out in the court. His game was not the prettiest; she would have known because she played too. But his spirit, the one he has carried to this day, is what impressed her. He was a fighter, and she liked that aspect about him. They didn’t go out immediately, though. The two only began dating in 2014. Three years later, this blonde beauty followed him to Monte Carlo and moved in with him. The two didn’t waste any time from then on. In just a year, they were married.

Who is Daniil Medvedev currently dating?

Daniil Medvedev, although he can get lazy from time to time, is one loyal man. Russian men are known for this trait. They value family more than anything in life. That’s why even when he wants to stay at home and play Fifa when he’s got some time off, the young man still takes Daria out if that’s what she desires. Now that’s how you do it, boys.

His parents’ names are Sergey Medvedev and Olga Medvedeva. Julia and Elena are his older sisters. His dad used to be a computer engineer but decided to become a businessman and sell building materials one fine day. Whilst we’re not entirely sure what her mum did, we’re assuming that she was a homemaker and continues to be one to this day. He hasn’t decided to have any kids for now, and it remains to be seen when he’ll take that plunge.

This young man has already won thirteen titles to date. Thanks to his performances in the circuit, he’s already made over $23.5 million in prize money. Combined with his sponsorship deals, we estimate his net worth to be about $22.5 million, approximately.

How much does Daniil Medvedev earn per year?

Daniil has worked with BMW, Tinkoff Bank, HyperX, Tecnifibre, Bovet, and Lacoste. It’s not entirely clear if all these brands still support him, though. He was making close to $4.5 million a year from his sponsors. That’s a sizeable amount if you ask us. 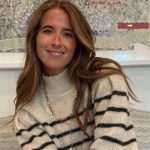 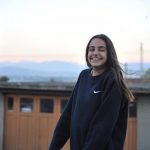