Born on the 30th of May, 1996, in Arica, Chile, this young man has been Chile’s hope in tennis for a while now. The youngest Chilean player to win an ATP Tour match, he took up the sport when he was five years old. Tatan began playing with his dad and realised he had a better chance of succeeding in tennis. He always knew that he had to stay on top of his game and that opportunities didn’t come for a lad like him from Chile. Tatan followed up his thoughts with actions and became one of the best players in the junior circuit. He debuted as a professional in 2012 and tasted his first win in 2013 when he beat Dušan Lajović. Tatan’s first-ever Challenger title was won in Lima in 2016. This young Chilean’s Grand Slam debut came a year later, in 2017, when he made the main draw at Wimbledon that year. Almost five years on, this right-handed player has only reached the fourth round of Wimbledon so far. The French Open has brought the same success whilst the US Open, his least favourite, has seen him exit in Round 2 on three occasions. The Chilean has also made it to the third round of the Oz Open.


Although his girl likes to stay away from the public, we’ve managed to dig up some information just for you. This young woman is from Chile too. It is not entirely sure how these two met, but they went Instagram public in May 2020. Her name is Valeria Polesel, and she is a law student. This girl also runs her own management enterprise. Although everything looks good on the outside, there have been reports that these two have broken it off.

Who is Cristian Garin currently dating?

We can’t be entirely sure of the rumours, and at wtfoot, we don’t entertain them at all. However, there are some credible events that point to the fact that these two might have indeed ended their relationship. We’re undecided for now and will update you if we come up with anything concrete.

Tatan is a private man. We know that his parents are Sergio and Anna Medone. They are both engineers. Apart from that, there isn’t much information about them out in public. This youngster also has a brother named Sebastian. Our tennis player doesn’t have any kids of his own.

With five career titles to date, the man who turned pro in 2011 has made just over $4 million from tennis. This right-handed player has his whole career ahead of him, and he should do whatever it takes to improve his stats. Our estimates suggest that his net worth could be about $3 million, approximately.

How much does Cristian Garin earn per year?

This Chilean is endorsed by Adidas, Gillette, Banco de Chile, Head, and Powerade. Our reports suggest that he makes over $250,000 a year from these companies. That’s not bad for the man, is it? 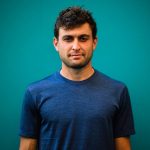 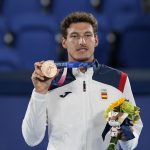