We all know that Zlatan Ibrahimovic is a fierce competitor. So much so in fact, that he has gotten himself into fights time and time again. Now we are going to take you through some of the worst and most gruesome fights that he has ever had. Enjoy. 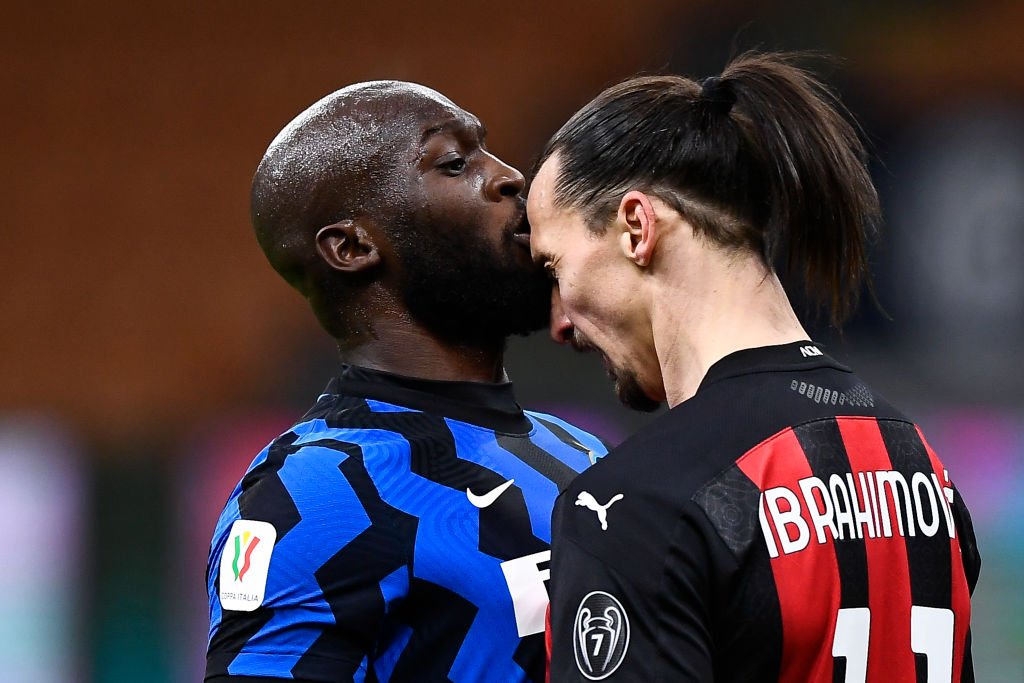 In his latest bout the Swede met a formidable opponent in the form of the 6 ft 3 in, 220 pound beast from Antwerp Belgium, Big Rom! The stage was set in the Coppa Italia quarter-finals for two of Europe’s in-form strikers to butt heads with Ibra representing I Rossoneri and Rom taking up Nerazzuri.

And that’s what they did! Quite literally. In classic big fight fashion a barrage of insults were traded between the two heavyweights prior to the inevitable battle — with Zlatan shouting, “Go do your voodoo shit, you little donkey,” to which the Belgian replied, “Let’s go inside you bitch. We will see.”

The seismic effects of this physical altercation was enough to shake up the Stadio Giuseppe Meazza, with Big Rom coming out on top. Ibra lost his cool one two many times and got sent off, while Lukaku scored the equalizer which saw Inter eliminate Milan from the cup. 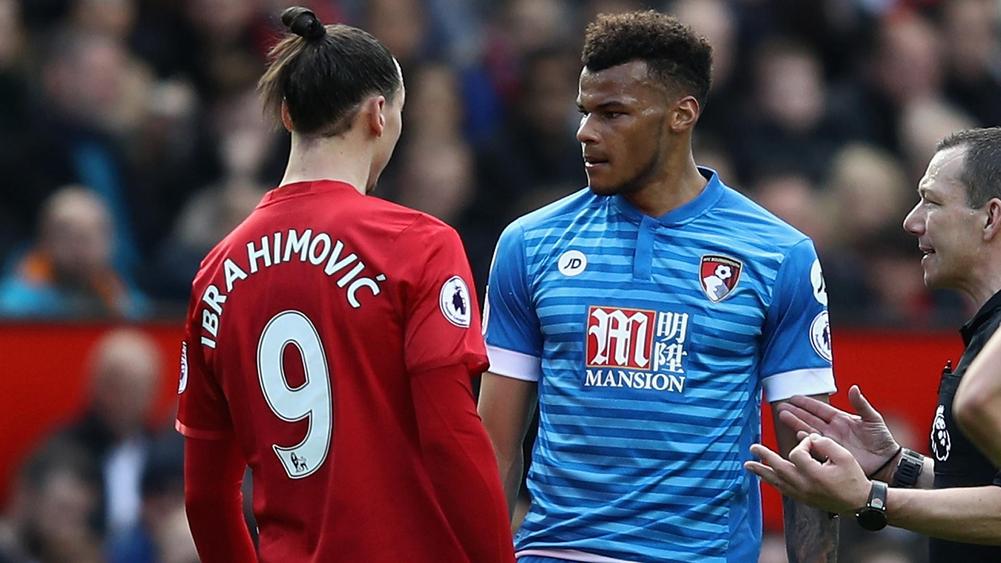 Zlatan met ‘The Bath Bruiser’ when The Cherries visited Old Trafford in March of 2017. Manchester United had failed to assert their dominance over minnows Bournemouth with the game heading towards a 1-1 stalemate.

The Swede found himself on the ground as he tried to jostle the ball out of the air, when Tyrone Mings allegedly decided to stamp on Ibra’s head! When the on-field official decided to take no action against the incident, Zlatan decided to take matters into his own hands, or elbows rather, with the Englishman feeling full affect of its swing on the side of his head. 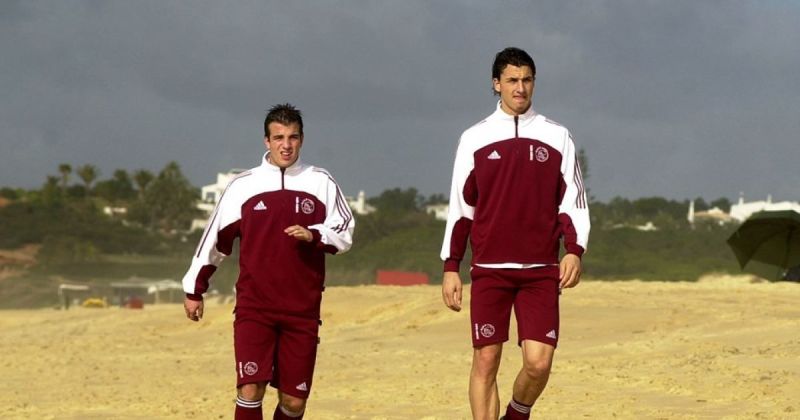 Whether you’re playing against him or with him doesn’t seem to matter, with The Balkan Demon around now one’s safe, and the Dutchman found out first hand.

Teammates at Ajax, the duo squared off against each other when Sweden met Holland in an international fixture. Rafa accused Ibra of damaging his ankle ligaments when the Swede bulldozed through him in an attempt to penetrate the Netherlands penalty box. Zlatan later tried to apologize to his club mate over the phone, but he was having none of it.

Back in Amsterdam, manager Ronald Koeman called for a peace treaty to take place in the club’s cafeteria. Zlatan once again tried to smooth things over, maintaining he meant no malice, but Rafael van Der Vaart refused to drop his accusations. Ibra lost his patience, and threatened Rafa, telling him, “Next time I’ll break both your legs, and this time it’ll be on purpose!” 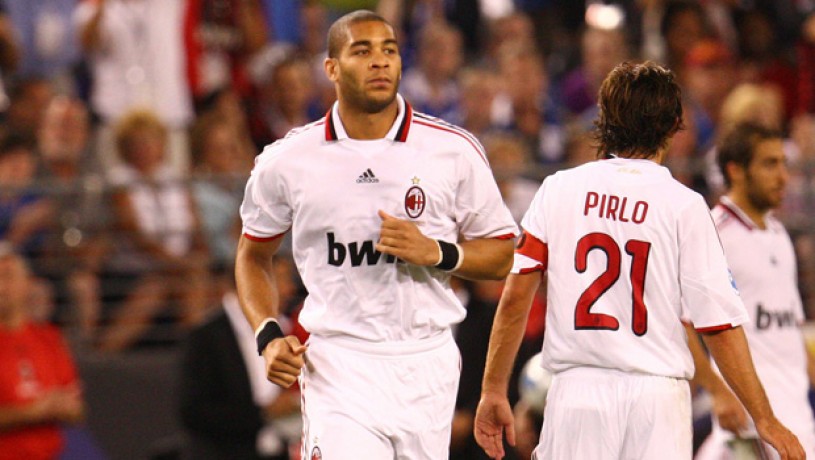 Hailing from Washington D.C., USA, Oguchi Oneywu, in Zlatan’s own words, resembled a heavyweight boxer, towering in at 6 ft 4 in and weighing close to 15 stone! These two forces of nature were teammates when they collided in the training ground, which took 10 other teammates and a few coaches to break up!

With the Milan Derby right around the corner things were tense during practice. The American decided to get under Ibra’s skin with a bit of clever psychological warfare, and before long the Taekwondo black belt was flying across the air with studs showing! Ibra missed his mark, a brawl broke out, punches, kicks, knees, headbutts, the whole nine yards. A clash Ibra himself described as, “Crazy. Furious. It was life and death.”

Finally when the intervening party managed pull the men apart, with Gennaro Gattuso taking a punch to the face as collateral, Zlatan saw Onyewu crossing his heart, offering up a prayer or two with tears in his eyes. The Swede didn’t leave unscathed either, with a later x-ray revealing a few broken ribs! 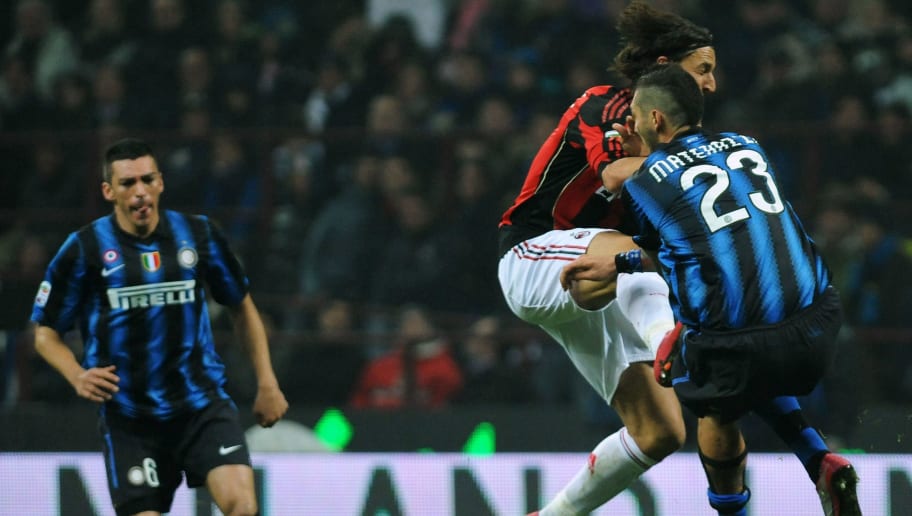 Marco “Matrix” Materazzi is football’s pantomime villain. The sinister mind responsible for the sad end to Zinedine Zidane’s glorious footballing career, as the Frenchman was sent off in the 2006 FIFA World Cup Final for headbutting the Italian centre-back.

The first time Zlatan met Marco was in a meeting between Juventus and Inter in 2006; the Italian defender did the Swede striker dirty, prematurely ending Ibra’s night with a malicious tackle. Shortly thereafter, Ibrahimovic would leave for Barcelona seemingly leaving issues unresolved. But fate had other plans. Ibra would return to Italy in 2011, signing for AC Milan. Cue: The Milan Derby. Ibra had waited 4 long years to exact revenge, and as the saying goes, revenge is a dish, best served cold.

Ibrahimovic won a first-half penalty — the perpetrator? Materzzi — to put Milan 1-0 ahead, and in the second half when The Matrix came for Zlatan, Zlatan knocked him out with a vicious Taekwondo kick sending the defender straight to the hospital! 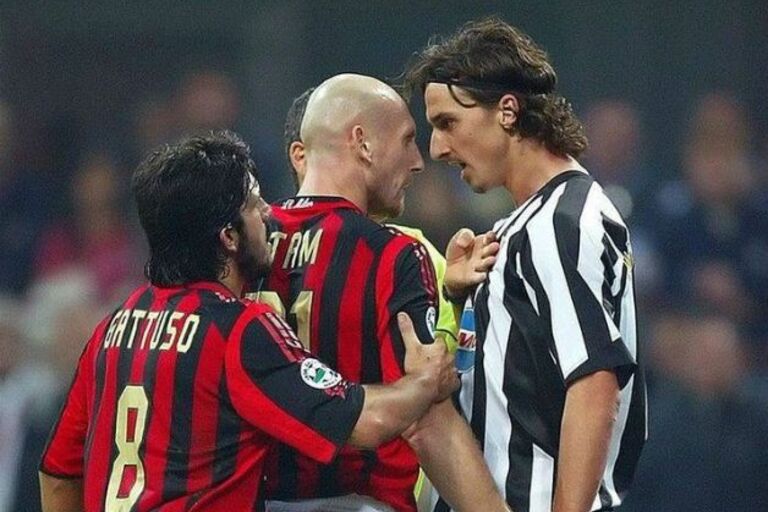 Jaap Stam. Even the name suggests that it’s bearer is as tough as nails! One of the most formidable defenders of all time, the Dutchman had everything you’d look for in a centre-back: pace, power, outstanding tackler, leader of men, and a vicious mean streak sorely missed in the modern game.

A young Zlatan came face-to-face with Stam when he was in the twilight of his career, with Juventus visiting Milan during their 2005/06 Serie A encounter. With a few minutes on the clock left and a Stam-Nesta inspired Milan running out 3-0 winners, Adrian Mutu recklessly clattered into Alessandro Nesta in the I Rossoneri penalty box. Tempers soared and players from both teams rushed in to separate the two men, who eventually calmed down given a few moments, but meanwhile, two of the peacekeepers had started off a ruckus of their own!

It doesn’t take much when two flaring personalities as Jaap and Zlatan come together to set off the fireworks, and it proved impossible to resist the clash of titans! The bulls locked horns and exchanged fiery words before they were surrounded and pulled apart by teammates and on-field officials. 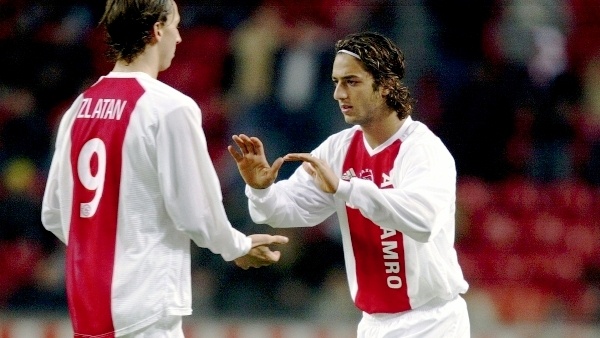 Prior to Mohammad Salah carrying the flag for Egypt there was Mido, “The Mad Egyptian.” By now no one should be surprised to hear that Mido and Zlatan were the best of mates, bosom buddies. But that didn’t stop the Egyptian from almost killing Ibra.

The two outstanding talents were just starting out their careers, Mido a few years ahead of Ibra. Competing for the same striker’s berth at Ajax, Mido was furious when the coach benched him in favour of the young Swede. Coming on as a sub, the Egyptian refused to cooperate with his teammates which resulted in a 2-0 for Ajax.

Tempers ran through the roof in the dressing room which led to an altercation that saw Mido throw a pair of scissors at Zlatan’s face. The blade only missed its target by an inch. A hush fell over the crowd, which was only lifted when both men broke out in laughter with Mido claiming he’d almost killed Zlatan. Mad Men. 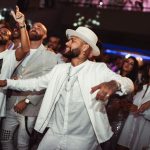 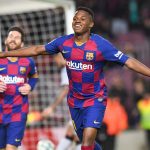