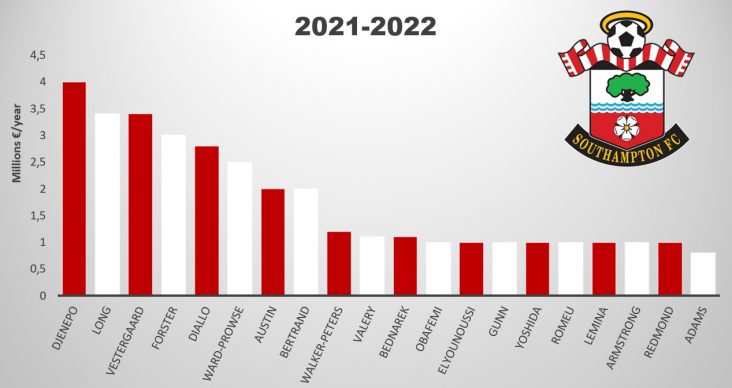 Southampton pays its players a whopping total of 54 million euro’s per year!

Southampton – Salaries compared to the rest of the Premier League

The salaries are sky-high all over the Premier League. But how does Southampton fare against its competitors and against the rest of the league?

We tracked it down and made an interesting overview graphic.

The average yearly salary expenses in the Premier League are about 85 million euro. As you can see the club from Southampton is a little bit under the average. But that’s kind of logical, knowing that clubs such as United, City and Liverpool surpass the average expenses enormously.

Which Southampton player earns the most in the 2021-2022 season?

He makes a stunning 950€ per hour and we even calculated his wage per second. Hold on: he earns 28 cents per SECOND. Danny Ings, we envy you..

Which Southampton player earns the least in the 2021-2022 season?

Che Adams earns a ‘measly’ €800.000 euro. He is the lowest paid player at the club, but it’s still a pretty good salary. The salary differences within the Southampton squad aren’t as big as at other clubs. His salary is almost 5 times lower than that of top earner Moussa Djenepo, though. 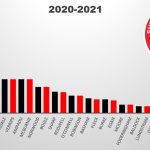 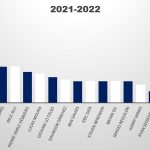