The Toronto Maple Leafs’ alternate captain was born on the 17th of September 1997 in San Ramon, California, the USA. As a Cali native, one wouldn’t have expected this man to take up ice hockey, yet here we are. He was just five when he decided that he was going to give this sport a try. He joined the Arizona Bobcats minor hockey program and was enjoying his time on the rink. Upon deciding to focus on hockey, he decided to join the USA Hockey National Team Development Program.

The youngster played in the United States Hockey League before deciding to become a pro. Surprisingly, his first team ever happened to be the ZSC Lions from Zurich, Switzerland. The lad spent a year with them before becoming the first pick in the 2016 edition of the NHL Draft. The Toronto-based team selected him, and he has remained with them since. Auston’s debut in the NHL came on the 12th of October 2016, against the Ottawa Senators. He even scored four goals in that game and ended his rookie season with 40 goals in 82 games played in the regular season. A consistent performer, this lad has already completed six seasons in the NHL. He’s just getting started, though.


Auston has always been private about his relationships. He was rumoured to be dating a girl named Emily. People even said that he was involved with another girl named Jordyn before that. We aren’t sure what went wrong, but he is all by himself now.

Who is Auston Matthews currently dating?

This young man’s relationship with Emily has already come to an end. Some say that it was because of his weird personality. But no one really knows that for a fact. As far as we’re concerned, this ice hockey player isn’t dating anyone at the moment. He might have never dated these girls, and they could have just been friends. The latter scenario seems more probable to us.

Auston was born to Ema and Brian Matthews in California. His mum’s from Mexico whilst his dad is an American. Their family moved to Arizona when he was just two years old and settled there. Our player’s dad really wanted to see his son succeed in baseball. However, Auston had other plans. Nonetheless, his parents have been supportive of this young man. After all, who would spend time and money on their five-year-old after the kid said that they liked the sport because he was fascinated by the machine that cleaned the rink? This player has a sister named Alexandria, who is older, and another named Breyana, who is younger. He has never been married before and doesn’t have any kids.

Auston has almost made $53 million from being an ice-hockey centre for the Toronto Maple Leafs. Combined with his other earnings, this young man’s net worth is an estimated $35 million as of writing.

How much does Auston Matthews earn per year?

This player has endorsement deals with Verizon, Apple, Bauer, Scotia Bank, CCM Hockey, and Upper Deck. His average annual salary from the NHL is about $11.6 million. We think he makes close to $13 million a year from all his deals. 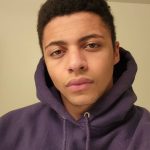 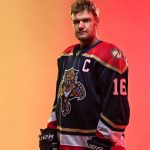