Born on the 9th of September 1986 in Manaus, Amazonas, Brazil, the King of Rio is a Bantamweight fighter who competes in the UFC. As someone who started fighting to defend himself on the street, this young man figured out that he was really good at it and decided to become a professional. After training in Brazilian jiu-jitsu for a while, he decided to take the big leap. Debuting as a pro on the 10th of August 2004, he spent time with multiple organisations in his native country. Tasting victory whilst fighting can be very addictive. This was what pushed this man onto the next level too.

His star began to rise when he joined World Extreme Cagefighting. This move was the precursor to his UFC career. Because they merged with UFC not long after he joined them. As a result, the young man was given the inaugural UFC Featherweight Champion title on 20 November 2010. He defended it successfully and went on to achieve other great things too. Things have been interesting for this man up until now. He still has some unfinished business in the UFC and will be hoping to take care of that.

16 years is a long time to be with someone. There can only be one reason for people to stay together that long. No, it’s not money, lads. It’s this magical thing called love. Vivianne, the woman in his life, came into his gym first. That was where he met her. Vivianne, who is a trained fighter too, caught his eye. They began dating and were married sooner than you think.

Who is Jose Aldo currently dating?

A woman with a big heart, this young lady invited our fighter to live with her in her parent’s house. However, Vivianne’s dad made it clear that they had to be married to move in together. And things happened. Just like that. He hasn’t looked at another woman and won’t be doing so anytime soon.

Jose Aldo Sr. and Rocilene Souza are the parents of our MMA star. This young man’s dad was a bricklayer whilst his mum was a housewife. Sadly, their parents separated when he was a little kid. The man stayed with his dad, and it turned out to be a good decision. His dad, who encouraged him to become the best at what he did, had a liking for combat sports and fully understood what it’d take for him to go all the way. This young man has been lucky in one way, at least. We think he has two sisters named Rosilene Oliveira and Josilene Souza. This Brazilian has a daughter named Joanna with his wife.

A serial title winner, this young man has a W-L-D record of 31-7-0. His striking accuracy is about 46%, whilst his grappling is accurate 54 out of 100 times. This Brazilian, thanks to his success, enjoys a net worth of about $10 million as of writing.

How much does Jose Aldo earn per year?

Reebok is the only brand that has been associated with him. We think he makes close to $500,000 a year from his deal with the sportswear company. 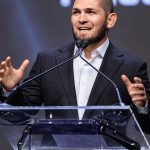 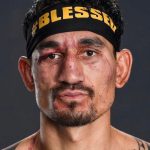