This American MMA fighter was born on the 4th of December 1991 in Honolulu, Hawaii, the United States of America. Standing at 1.8 m tall, this young man began his fight training when he began kickboxing in 2007. He was naturally good at fighting and decided to become a professional after tasting immense success as an amateur. Going pro in 2010, he earned praise from everyone who followed the sport keenly. UFC didn’t wait long to sign this man up.

The Hawaii native signed up with them in 2012 and went up against Dustin Poirier in his debut matchup. Although he lost the fight, Blessed didn’t lose hope. He knew he was built for the game. A brown belt in Brazilian Jiu-Jitsu, this trooper was constantly learning and evolving as a fighter. At the same time, this one-time UFC Featherweight Championship winner didn’t let his victories get to his head. The winner of the 2017 Charles ‘Mask’ Lewis Fighter of the Year award, this young fighter currently fights in the featherweight division, and we think he still has a lot to prove to himself and his fans.


It is better to have loved and lost than to have never loved at all. We live by this mantra, and so does Blessed. This MMA star was married to his longtime girlfriend, Kaimana Pa’aluhi, between 2012 and 2017. Sadly, his marriage didn’t work out. That didn’t stop this young man from pursuing another female. He went after a beautiful lady named Alessa Quizon and won her heart.

Who is Max Holloway currently dating?

Alessa, who is a professional surfer, began dating the fighter in February 2020. The couple were open about their relationship and have taken things to the next level. Yes, they’re now married. Blessed didn’t need any reasons to wait around forever. He also hasn’t got any to be looking at anyone else other than Alessa for now.

Missy Kapoi and Mark Holloway are the parents of our athlete. His childhood was not the best one out there. This poor lad had to endure his dad’s abuse whilst his mum was constantly addicted to crystal meth. The dad left the family when he was just eleven. As far as we know, he has a brother named Clement and a half-brother named Sam Kapoi. The fighter also has a child with Kaimana, a boy named Rush.

How much does Max Holloway earn per year?

Blessed works with Budweiser, Manscaped, and Reebok. It has been reported that this fighter’s deals make him close to $1 million a year. 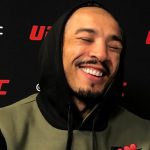 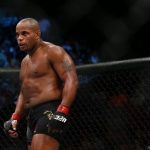