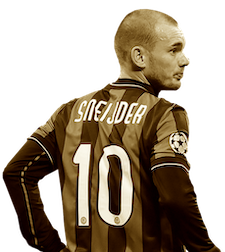 His career was on the right path, and at one time, he was touted as Holland's brightest and biggest stars ever. He did have the quality to back up that claim. However, his move to Real Madrid and a quick departure meant that it regressed at a rate that he wouldn't have liked. Blighted by injuries, his talent was not fully displayed. His net worth indicates the money that he made from football via wages and a few sponsorships along the way. It could have been a lot more had he not succumbed to his habits. It's about 35 million Euros according to our estimates.

What does Sneijder currently do?