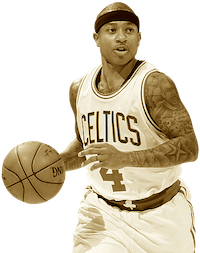 The second overall pick in Round 1 of the 1981 Draft, Zeke, was selected by the Pistons only to become a part of the infamous Bad Boys gang. He played a crucial role in helping his side win back to back titles in 1989 and 1990. Although he spent his entire career with them, his career earnings did not even touch 20 million Dollars. He made most of his money after he became a businessman post-basketball. We think he's worth somewhere in the region of 100 Million Dollars. Kudos to him for playing it smart and increasing his wealth.

What does Thomas currently do?